You are here: Home1 / abortion

A better title for this post might be David v. Golliath, as once again, David wins the battle.  Only this time the battle involves Obamacare’s directive that all employers must provide insurance coverage for abortions and contraceptives. END_OF_DOCUMENT_TOKEN_TO_BE_REPLACED

This so called compromise does not change a single thing. It’s a late Friday afternoon gimmick, it’s fraud, they are trying to hoodwink and bamboozle you.

END_OF_DOCUMENT_TOKEN_TO_BE_REPLACED

During a press briefing yesterday, White House Press Secretary Jay Carney mentioned he thought the Obama administration had worked to find “the appropriate balance between religious beliefs and the need to provide preventive services to American women.”

END_OF_DOCUMENT_TOKEN_TO_BE_REPLACED

During the big show yesterday, Vicevich did mention the Catholic Church’s fight against the Obamacare regulations and mandate that demands, in part, individual Catholic business owners who provide a health care insurance plan cover abortions and contraception.

END_OF_DOCUMENT_TOKEN_TO_BE_REPLACED

That’s right, a North Carolina legislative panel actually had a discussion that concerned the “extra cost” to the state if a woman elected to have a baby as compared to the cost of an abortion. What do you say to this?

END_OF_DOCUMENT_TOKEN_TO_BE_REPLACED

Barak Obama has been a busy soul over the past two years.  Now might be a good time to take a look at some of his achievements.

END_OF_DOCUMENT_TOKEN_TO_BE_REPLACED

Even though President Obama promised federal dollars would not be used to fund abortions, two states announced they will administer federal mandated high-risk plans through existing high-cost insurance pools. Plans offered through the pools include elective abortion coverage.

END_OF_DOCUMENT_TOKEN_TO_BE_REPLACED 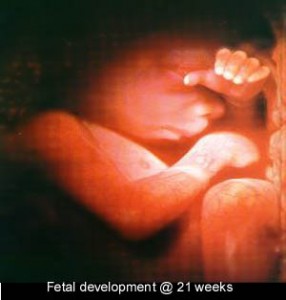