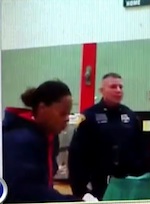 Kudos to WFSB-TV. The video is pretty powerful and just adds to the “F Troop” quality of this election.

UPDATE: Welcome Ace readers. Thanks so much for the link Laura. You’re the best

Mayor Jason McCoy has obtained a video that was taken inside a polling place in Bridgeport and shows a poll watcher warning a poll worker not to mix unofficial ballots with official ballots. She ignores him and he is escorted away.

There are additional charges:

Watch. And after you do, ask yourself this? How much of this election was above reproach? 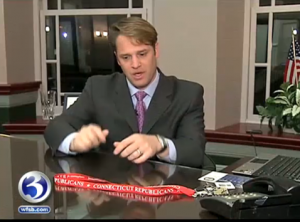 UPDATE: This state has big problems and as I said in this post, when honest voters see this kind of “Tom Foolery”, does this not qualify as voter intimidation and disenfranchisement? Will the Secretary of State and the current Attorney General Richard “Jobs” Blumenthal, begin an investigation?

Here are some links to Connecticut Voting Follies: There’s the early declaration of the Democrat as winner. Then there’s the WWE T-shirt fiasco.

Obama video from Harvard back in 1990 introducing professor Derek Bell

Hope and Change for … well hope and change.

Ensign to Matthews: We put our Navy SEALs through worse

Obama’s campaign mini-documentary gets the “Pop up Video” treatment