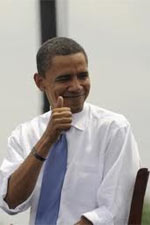 why are we seeing the administration granting more and more waivers from the provisions of Obamacare?

By mid November, 111 companies (including some unions) had received Obamacare waivers from the Secretary of Health and Human Services.  As of December 3, that number had climbed to 222.  Included in the updated list are well known names such as Waffle House and Universal Orlando.  But, there are also some names you may never have heard of.

… there are more unions who have received waivers in this latest batch, like the Bricklayers Local 1 of MD, VA and DC, the United Food and Commercial Workers Union in Mount Laurel, New Jersey, the Indiana Teamsters Health Benefits Fund, Service Employees International Union Local 1 Cleveland Welfare Fund, and more are listed.

The waivers are also going to a number of average sounding companies like Telesis Management Corporation, Trans-System Inc., Varsity Contractors Inc. and Moore’s Retread & Tire of the Ark-La-Tex, Inc.

As I see it, here is the problem.  A group of folks who know little or nothing about health care decide that they know best, so they craft a svelte 2700 page law to “fix” the system.  Because, according to House Speaker Nancy Pelosi (D. Ca.), we had to pass the bill before we could see what was in it, we are now “seeing what’s in it.”  Companies large and small are realizing they have two options…request a waiver and hope they receive it, or drop coverage for some or all employees altogether.  So, waivers are quietly being granted by the Secretary of Health and Human Services because the political fall out from so many Americans losing employer health coverage would be enormous.

Does anyone see this administration confronting the problems and fixing them?  Or, do you see more and more HHS waivers?

There’s no such thing as a free lunch: the cancer drug shortage. A harbinger of things to come?

Is there an ACO or PSN in your future?
8 replies