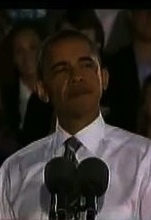 With the election over, state legislatures will begin meeting early next year to deal with, among other things, state budgets.  Of course, it is no secret that virtually every state is facing serious financial difficulties, and, let’s face it, significantly decreased tax revenue over the past few years.  So, balancing the budgets won’t be easy.

The State of Washington is illustrative.

In a recent article for the Seattle Times, one local businessman pointed out that 60% of the state budget is untouchable because it relates to salaries and benefits for public employees that are governed by union contracts. At a time when the government is facing shortfalls totalling $4.5 billion, he says that the government unions “have more control over our state budget than we the people have.” [emphasis supplied]

With that amount of the state’s budget “off limits”, there was a ballot issue in the recent election that would have instituted a new income tax, but, you guessed it, only “on the rich”.  According to the proponents of this new tax, the money was needed to help maintain services for the poor, the elderly, the sick, and the children, or, as Jim would say, “the human shields”.

And, who were the proponents?  Some two thirds of the money raised to campaign for this tax came from the unions, and, of that, most of it came from the SEIU and the teachers union.

Here is the dilemma.  No politician would ever tell his or her constituants that their taxes must be increased to pay for the ever increasing salaries, health care costs and pensions of government employees.  After all, it was the union and non-union government employees who, to a large extent, may have gotten them elected.

But, as those costs continue to rise, fewer and fewer dollars are left to take care of the poor, the elderly, the sick and the children.  Consequently, politicians point to those most in need as the reason for higher taxes, when, in reality, the real culprit is the “fixed cost” of government union employees.

So, when your Governor says that taxes must be raised to take care of the the poor, the elderly, the sick and the children, understand what he or she really means.  The unions are consuming so much of our income that we are no longer able to do what we should be doing without raising taxes.

The American public will eventually realize this, and, when they do, we may finally restore sanity to state government.  Those most in need will come first, not a distant second.

By the way, the voters in Washington got it.  They voted overwhelming against a state income tax “on the rich”.

Video: Why collective bargaining with government unions is a bad idea

Iowahawk: Comply with me … sing along
Scroll to top