I think Jim did something similar here at RVO within the last week, but he missed a couple of possible candidates when he first published the poll. The Hot Air poll is somewhat relevant, since we’re talking a primary and you’ve got to figure Hot Air readers would be included in the group actually voting in a primary.

Our poll really was not very good since major players were left off and our poll sample was much smaller. Maybe I’ll start our own tracking poll for RVO … Maybe publish results weekly or something … Of course it will not be scientific, but maybe I’ll require registration or something to improve the results a bit.

So, should we consider Palin a serious contender? Is she electable? Does she want to run? Is the opposition screwing up with the poll promoting their vision of an easy Democrat win? 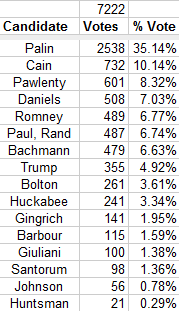 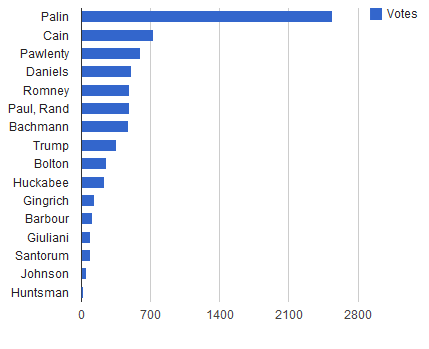 Video: I Am Sarah Palin

WaPo: Another Palin Scandal? Umm …not so much.

Atlas is Shrugging – The Video
Scroll to top