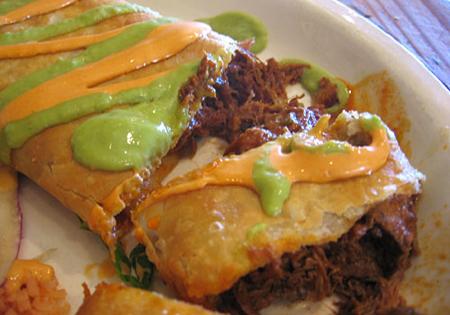 Remember the comment that East Haven mayor Joseph Maturo made (“I might have tacos”) in response to a reporter’s question about what he would be doing for East Haven hispanics after the arrest of four East Haven police officers for allegedly racially profiling and bullying Latino residents?

As reported in U.S. News, Gov. Malloy said that the comments were “repugnant” and “unacceptable”. “They represent either a horrible lack of judgment or worse, an underlying insensitivity to our Latino community that is unacceptable. Being tired is no excuse,” the governor said in a statement.

“It just makes your heart sink to hear it and to see it. I can only hope that it will be a wakeup call to the townspeople of East Haven who are finding themselves represented this way by their elected officials and elements of their police department,” Rosen told msnbc.com in a telephone interview.

Matt DeRienzo, group editor of Journal Register Company’s publications in Connecticut, including the New Haven Register, Middletown Press, Register Citizen and Connecticut Magazine, wrote in a column Wednesday that Maturo’s “blatantly racist, ignorant and arrogant slur” was “an embarrassment to the community.

“The thin translation of Maturo’s taco comment is, ‘I am a full human being and you are less than one.’”

There were many calls for him to step down. Needless to say, he apologized profusely.

Now consider this story from The Hill in which we find a remarkably analogous situation:

Jim Messina, who is helming the president’s reelection effort, tweeted a line from a column written by The Washington Post‘s Dana Milbank, in which he argues that Republicans will struggle to attract the Latino vote after coming out against the DREAM immigration reform act.

“Line of the day from WAPO’s Dana Milbank: “The chimichanga?  It might be the only thing Republicans have left to offer Latinos. –Messina

The RNC’s Latino press manager and other Republican Latinos have demanded an apology,

“The fact that the campaign manager of President Obama’s reelection campaign thinks it’s appropriate to disseminate insulting jokes about the Hispanic community is a perfect example of the kind of empty rhetoric that characterizes this White House’s so-called outreach to Latinos. We demand that Mr. Messina immediately apologize and we ask that President Obama disavow his campaign manager’s ridiculous statement,” said Jennifer Sevilla Korn, executive director of the conservative Hispanic Leadership Network, in a statement.

which is apparently not coming:

“Tweeting someone else’s words caused a stir, but the GOP is on the wrong side of every Hispanic voter priority,” Messina wrote, linking to a campaign memo highlighting weak support for GOP candidates among Hispanic voters.

Wow. He pointed to a campaign memo to feebly shift blame and refused to apologize. How defiantly insensitive.

So where is the outrage from all those groups that allegedly represent Latino interests?  The comments were completely analogous, but one is uttered by a Republican, and one by a Democrat.  Both stupid, but the Republican apologized and admitted his insensitivity. The Democrat did not, and chose rather to self righteously point fingers at the RNC, compounding his guilt.

Do as I say you do, not as I do. –the new Democrat motto 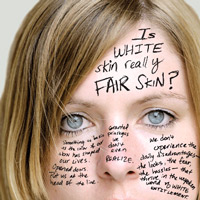 The last refuge of liberal scoundrals

Marketing Campaign: White people are the only racists

CNN poll: Obama down … it must be racism.