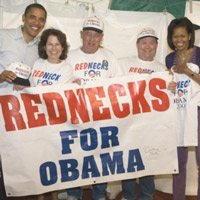 That really is the argument Thomas Geoghegan puts forward in his Wall Street Journal opinion piece. He thinks opening a Boeing Dreamliner production line sends “a big fat market signal that it [Boeing] wants a less-skilled, lower-quality work force.” His words, and he things the NRLB should fix it.

Are you friggin’ kidding me? If that isn’t a racist statement, I really don’t know what is. Geoghegan is a labor lawyer from Chicago … and that’s all I need to tell you about his background. This goofball starts his article complaining about remarks made by Boeing management that put them into this situation in the first place. Maybe he should listen to his own advice.

It seems the president of Boeing was unwise enough to blurt out that his company would move a production line to South Carolina as payback for past strikes by machinists in Seattle.

First some background. When I read this complete twist of the truth, I figured the piece was going nowhere fast but it got worse … a lot worse. With Boeing’s plan to ramp up production of its new aircraft – that’s right, I said ramp up … expand … increase production – the business had some decisions to make. They needed to build another production line to meet demand.

In 2009 Boeing announced plans to build a new plant to meet demand for its new 787 Dreamliner. Though its union contract didn’t require it, Boeing executives negotiated with the International Association of Machinists and Aerospace Workers to build the plane at its existing plant in Washington state. The talks broke down because the union wanted, among other things, a seat on Boeing’s board and a promise that Boeing would build all future airplanes in Puget Sound.

So Boeing management did what it judged to be best for its shareholders and customers and looked elsewhere. In October 2009, the company settled on South Carolina, which, like the 21 other right-to-work states, has friendlier labor laws than Washington. As Boeing chief Jim McNerney noted on a conference call at the time, the company couldn’t have “strikes happening every three to four years.” The union has shut down Boeing’s commercial aircraft production line four times since 1989, and a 58-day strike in 2008 cost the company $1.8 billion.

I’m assuming the quote by McNerney is what Geoghegan is freaking out about. Maybe Geoghegan should do some research to find out how much Boeing has expanded production in the Seattle area in the last couple of years? Maybe check to see if Boeing already has a 787 production line in Seattle? I won’t hold my breath, but as usual, this nut writes the article a way that implies thousands of workers are losing their jobs in Seattle because of this decision and the production of this new jet will be exclusive to South Carolina. A total lie by omission.

On to the collection of stupid, racist statements by Geoghegan. First, the headline suggests this business decision is some sort of threat to American enterprise (Oh my!) and the stories abstract goes a step further.

When major firms move to the South, it’s usually a harbinger of quality decline. Why let that happen?

In other words, the manufacturing quality of all of the products made in the south by hillbillies and rednecks sucks as compared to hard-working, educated, blue collar workers in the Pacific northwest. That’s what you meant to say right?

Yet the Boeing case has a scarier aspect missed by conservatives: Why is Boeing, one of our few real global champions in beefing up exports, moving work on the Dreamliner from a high-skill work force ($28 an hour on average) to a much lower-wage work force ($14 an hour starting wage)? Nothing could be a bigger threat to the economic security of this country.

Note the turn in phrase from high-skilled to lower-wage. What he’s implying is lower wages equals low-skilled, and that’s definitely not the case across the board. He goes on to claim businesses who move south have such a decline in quality, they eventually are out-of-business within a couple of years since the stupid rednecks can’t do anything right.

By the way … it costs a hell of a lot less to live in South Carolina than Seattle. Oh never mind … Geoghegan is an economic genius I can’t even begin to match.

Here’s a weird fact, though.  There is already a plant manufacturing rear-fuselage elements for Boeing in South Carolina.  (The Dreamliner final-assembly plant that opened 10 June is located next to it.)  South Carolina also has a BMW plant, a Honda plant, a Bosch plant, a Caterpillar plant, an American LaFrance plant (fire engines and ambulances), and a Daimler plant, all employing highly-skilled labor to manufacture big, intricate stuff that has to work.  That’s in addition to the Milliken, BASF, GE, Core, Bose, BP, DAK, DuPont, Eastman, Mitsubishi, Albemarle, MeadWestvaco, PhilChem, Roche, Mount Vernon Mills, Invista, Metromont, Johns Manville, Alcoa, Kimberly-Clark, Shaw, Jarrett, Mohawk, Anderson, AccuTrex, Sonoco, and Cox Industries plants – and those are just the ones I recognized by industry as I looked through the South Carolina Manufacturers Alliance website.  I left out a bunch of other ones.

Should I go on?  If Southern manufacturing workers are a national liability, we’re in big trouble.  All those aircraft engines being mishandled at the Pratt & Whitney plant in Georgia.  Shoddy VWs and Nissans coming out of Tennessee, Hyundai clunkers being puked out of Alabama, lousy Kias flooding the market from Georgia, Toyota risking its customers on the gap-toothed th’owbacks who show up with employment applications in Mississippi.

Dyer goes on to scare all of us as he notes there are almost 250 manufactures of aircraft or aircraft parts in Texas for goodness sake.