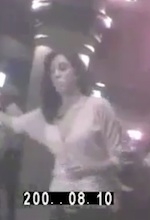 … and people like him. New Jersey is under assault by a bill it cannot possibly pay. It is under water because of an overpromised state pension program, predominantly teacher’s union pensions. Christie has put the NJEA on notice that the ride is over, specifically salaries, benefits and pensions. The union isn’t happy, and after you watch this video you will see why. Once again, I’ll take one of these please.

We played this on the show yesterday complete with bleeps because, well, at least these teachers have a case of potty mouth. But the video below is the full Monty, so if you don’t like “s” and “f” bombs, beware. Assembled by James O’Keefe, who exposed the dirty tricks and lack of any standards ACORN group, this video indeed shows “Teachers Gone Wild”.

It takes place at a NJEA leadership rally held at a posh NJ hotel. “Woo, hoo … we’re playing video games on their dime.”

For it’s part the NJEA says it will ignore the video because O’Keefe has no credibility. Damaged sure, but none, hardly.

“It’s James O’Keefe and that’s all you need to know,” Baker said, citing O’Keefe’s legal troubles in the past.

“I’m sure he sent people into the conference,” Baker said, but added O’Keefe dubbed the video and audio afterward.

The NJEA says O’Keefe employed actors who played a key role. The actors were people posing as teachers to get the teachers to speak freely. I have no doubt that NJEA teachers spoke the words they did. Whether it was exaggeration or the alcohol, that I can’t say.

The NJEA however says it won’t take action against O’Keefe and that too gives me pause. If its all fake, why not take action? More videos to come.

UPDATE: A smart man would have checked with AP first, but then … well. Hot Air has the other two videos and put them up last night. I am too embarrassed to post them now … so check them out here.

But I will tell you video 2 has more of teacher embarrassment … and video 3 is on voter fraud.

Inside scoop on Maersk Alabama shoot?

Krauthammer on Obama’s Latino comment – a display of unbelievable...
Scroll to top