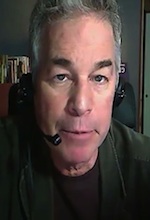 Something new. The rant goes to video and the Radioviceonline blog. Now you’ll never miss it. Today’s rant … well the title says it all. Transcript below.

Republican Senate candidate Linda McMahon took calls on my show today and the board lit up … with Blumenthal shills. Call after call on the WWE and steroids. Why I have talked about Linda for months now … no calls on that.

Well if that’s the best Blumy’s buddies have got … you will lose in November. You will lose because Linda McMahon is talking issues, against raising taxes, against government over spending  … for shrinking the size of government, for unleashing the power of small business.

Steroids … you want steroids? How’s this … Obama’s budgets have set record deficits two years in a row of over a trillion dollars each. While private sector jobs have shrunk by 8 million jobs … federal jobs have increased 10% in the last two years … and we are staring down the barrel of the biggest tax increase in history.

Yet not one call on that kind of federal steroid. Not one mom who’s worried about those federal steroids eventually robbing her children of precious discretionary income.

If that’s the best the left has … the Dems will lost in November, which they should anyway because of the tax and spend philosophy that’s quickly bankrupting America.

And consider this … even if you are one of millions that don’t pay taxes or won’t be affected … rest easy … if these guys continue to attack the job creators in this country … you kids will never be in the money either … A government on steroids will see to that.

How come no Mom’s calling on those steroids? Hmmmmm? Comments welcome.

Smack Down: Connecticut US Senate race a dead heat UPDATE: Let’s get ready to rumble

Prof Goolsbee to America: Umm, no, unemployment not coming down anytime soo...
Scroll to top