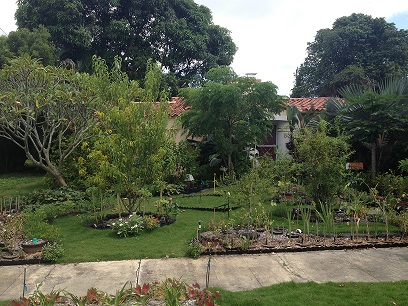 A couple in Florida has had to dig up the garden they have had on their property for more than 17 years. The vegetable garden – until this past May – was perfectly legal and did not break any zoning regulations.

It’s not like this couple moved into a property and planted a garden, after signing a homeowners agreement that said they could not plant one. From Fox News.

For the past 17 years [Hermine Ricketts and her husband, Tom Carroll had] a garden in the front yard of their modest South Florida home. The backyard, they say, doesn’t get enough sunlight.

But in May, the city put the couple’s garden, and any others like it, in their legal crosshairs.

A new zoning ordinance designed to “protect the distinctive character of the Miami Shores Village,” was enacted and specifically prohibited vegetables – not fruit, trees or even plastic flamingos – from appearing in front yards.

Shortly after, the couple received a visit from their local code enforcement officer. They were given two choices: Uproot the garden or pay a $50 per day fine to keep it.

Cross Miami Shores Village off my retirement location list. I don’t like it when governments retroactively change zoning rules and force you to comply using extreme financial pressure. Those tactics are unacceptable. If they can do that, what else do they have the authority to do? Where does their power end? Don’t think their front yard looked like a working farm and there was an excuse…