Maybe it was a deferred bonus? Michelle Obama was paid $62,709 in 2008 by the University of Chicago Hospitals as vice president of community and external affairs. The information that is causing a small stir today is that she has not worked for the University since May of 2007.

When she finally winds down her duties as vice president of community and external affairs at the University of Chicago Hospitals in the days ahead (she was promoted to the position soon after her husband joined the Senate), she said, it “will be the first time that I haven’t gotten up and gone to a job.”

Then, we have the 2008 Obama family tax information released yesterday.

[President] Obama earned $139,204 as a Democratic senator from Illinois last year before leaving his seat after winning the November election. Michelle Obama received a salary of $62,709 from the University of Chicago Hospitals, where she was an executive. 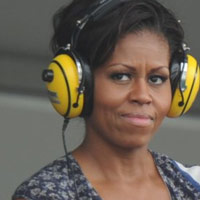 Michelle Obama – some twisting of her use of the sacrifice word 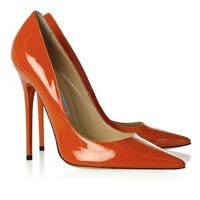 Michelle Obama to parents: we can’t leave it up to you to feed kids the right food UPDATE: National Security at risk
5 replies

No intellect? No problem, scream and cry like toddler Mexico guns – the 90 percent lie continues
Scroll to top