Is the U.N.’s International Panel on Climate Change able to discuss climate change facts, or are they so invested in global warming hysteria they must wish pain, suffering and ultimate death on scientists, media-types and others who refuse to tow the line?

He absolutely refuses to “give up”, and I don’t think anyone has suggested Rajendra Pachauri, chair of the International Panel on Climate Change (IPCC), “give up.”

Update: Sweetness & Light picked up on the story today (Feb. 8).

We’re not asking – at least I’m not asking – for the so-called experts in the field to go away and stop doing research. Rather, we’d prefer the process to be open to proper peer-review and not be so tied in with politics.

I for one, I think it is the ultimate in vanity to suggest we can even define what the “correct” temperature for the world should be in the first place. But that’s just me.

In an interview with the Financial Times earlier this week, Pachauri flat out suggested deniers – including climate change experts – should commit a long, painful drawn-out suicide. From FoxNews.com, with my emphasis in bold.

Climate change skeptics “are people who deny the link between smoking and cancer; they are people who say that asbestos is as good as talcum powder,” he said.

“I hope that they apply it (asbestos) to their faces every day.”

Pachauri’s remarks came as pressure and scrutiny are mounting against the IPCC’s hallmark Fourth Assessment Report, which laid out the case for man-made climate change over a thousand sprawling pages.

The report contained misleading data about the melting rate of glaciers in the Himalayas and is riddled with citations to data furnished by activist groups, non-scientific journals and material that was never peer-reviewed. 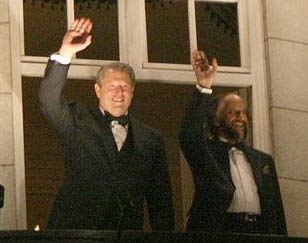 Why did I bold the climate change experts phrase in the paragraph above? Well, I remember many experts from the IPCC, NASA and the Climatic Research Unit at the University of East Anglia complaining many skeptics may have been scientists and academics, but they were either bought off by big-business or they did not have the proper background in climate science.

In the interview, Pachauri restates his blathering about the corporate world banning together to frustrate him into submission.

[T]hey [skeptics] are deep in the pockets of big business..

Where’s the beef? Where’s the proof of astroturfing the climate change debate? Well, he admits there is none.

His critics in the business world, he told the paper, “see climate change as a threat to their own comforts, their own convenience and the generation of easy profits.” He accused them of establishing a network of lobbyists in D.C. “trying to write all kinds of malicious articles and indulge in invective.”

“It’s all part of a pattern,” he continued. “But let me clarify. I have no proof. I can only presume something like this is at work.”

You can review the full interview transcript with Pachauri at the Financial Times. Read the Pachauri portion while thinking of the Dr. Emmet Brown character from the Back to the Future series. It’s fun.

Weather is not climate change
11 replies