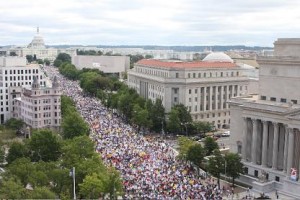 MSNBC strikes again: Why are so many women in the … Tea Party?