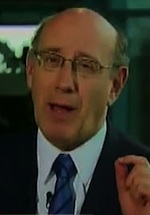 Now, I know you’re saying, “Oh brother Jim, why does this not surprise me?”. Well it does not surprise me but still, it such a sad example of how the government: a. does not value hard work and initiative and b. is clueless when it comes to compensation. Maybe its because no one in this White House has run a business?

Last night Wolf Blitzer interviews Gulf Pay Czar Ken Feinberg and asks him to explain why fisherman who worked to help clean up the oil spill are now being paid the same amount as fisherman who stayed home. The response from Feinberg is classic bureaucrat speak. Or maybe classic lkitigation lawyer … or both.

Feinberg explains if you lost $5000 as a Fisherman from loss of income … that’s all you get. That means, if the government paid you $3000 to help them clean up the Gulf …. then you get $2000 for loss of business. But what about those people who stayed home? Why those folks get $5000.

Bottom line here, this is a perfect example of turning your life or your pay over to the government. They are deciders, no matter how illogical. And in typical Government fashion, it pays to stay on the sofa, or …. not let the government know you’re making extra cash?

Oh, it also pays to be a Wall Street Executive. Seems the pay czar treated them a little nicer than the folks who got their hands dirty.

This morning Feinberg released the results of a review of what the 419 banks that received government assistance paid their top executives in the year leading up to the financial cirisis and during. Perhaps surprisingly, Feinberg found that most banks paid their executives appropriately, rewarding them when reward was due. Only seventeen of the companies doled out wildly excessive compensation to top executives for little or no reason at all. Unsurprisingly, included in that list are the mainstays of Wall Street: Citigroup, Goldman Sachs, JP Morgan, Morgan Stanley, Bank of America (i.e. Merrill Lynch). All told, the 17 firms handed out $1.6 billion in what Feinberg calls “ill-advised” payouts.

Feinberg is now moving onto the Gulf, where he’s got another tough job ahead of him. He has been appointed in charge of handing out compensation from the BP fund set up for people and companies impacted by the oil spill. But on his last day on the job policing Wall Street pay, it’s time to ask how well he did. Huge pay checks that seemed to have no relation to long-term performance or risks was one of the main factors leading up to the financial crisis. So did Feinberg do a good job of changing the-pay-for-no-performance culture on Wall Street? I’m not so sure.

Carville to the DC elite: Hey if Louisiana were Nantucket you guys would be all over this