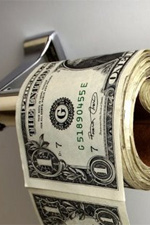 They don’t just see dead people, they give them cash, and lots of cash. During the last decade, about $1 billion has been handed out by the federal government to the dead. Subsidies, prescription drugs, wheelchairs, and payments for heating bills are just the start. Medicare even paid $92 million for treatments prescribed by dead physicians.

One hundred million here, $100 million there … it quickly adds up to big money. It’s not Obama, it’s not Bush, it’s not Clinton, Reagan or Carter either. It’s the system that’s broken. Another symptom of the disease.

From the Washington Times.

The federal government has paid out more than $1 billion in checks to dead people over a decade, according to a new report by the top Republican on the Senate’s investigative panel.

All told, the government has paid out funds to some 250,000 dead people, said Sen. Tom Coburn of Oklahoma, ranking Republican on the Senate Homeland Security and Governmental Affairs subcommittee on investigations.

“Washington paid for dead people’s prescriptions and wheelchairs, subsidized their farms, helped pay their rent, and even chipped in for their heating and air conditioning bills,” Mr. Coburn’s report said. 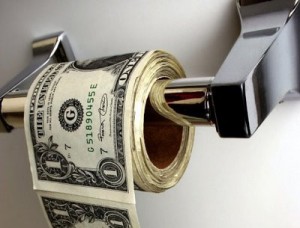 Coburn points out the obvious to the constitutional conservatives out there, and of course the Obama administration has promised to step up efforts to stop fraud and abuse, but the real fraud here is to assume a totally bloated bureaucracy like the United States federal government can do anything efficiently.

No matter what legislation or regulation Congress and/or the Executive Branch comes up with to “stop” this huge problem, the fraud will continue to grow – possibly exponentially – simply because of the huge bureaucracy and the ease of screwing with the system.

Of course, the Obama administration will simply declare the issue solved with some new law, and when the fraud continues – and $125 million more is handed out to dead people next year – their answer will be … “well you have to remember it would have been a lot worse if we did not act”.

Symptom of the Disease: Journalist thinks Connecticut governor must “win” money for state

Symptom of the Disease: Abortion funding by government

Symptom of the Disease: Governors begging for cash from the feds
2 replies

CNN: Ya know those Tea Party Freshman are gunna be trouuuuuuble