You are here: Home / Jeff Jacoby

If you missed Jim’s show today, you missed an amazing interview with Boston Globe columnist, Jeff Jacoby. He was speaking about a recent article he wrote for Commentary Magazine, and which appears on Jeff’s blog.  The title…What public sector unions have wrought.  The article is long, but well worth the time it takes to read it. END_OF_DOCUMENT_TOKEN_TO_BE_REPLACED

Forget what you hear from the national press about the weather. This is New England and Bay Staters are excited. They (national media) don’t know the region and so they look for stuff to say. Well my buddy Jeff Jacoby does. END_OF_DOCUMENT_TOKEN_TO_BE_REPLACED

Jeff Jacoby, as you know, is a very good friend of the show and a great columnist for the Globe. So if you want to know the reason behind Brown’s amazing rise in the Bay State, you need to go to the man, and he is the man.

Part of the answer, of course, is that Brown has proved an engaging and indefatigable candidate, while Coakley’s campaign has been plagued with gaffes and missteps. Her claim in last week’s televised debate that the terrorists in Afghanistan are “not there anymore’’ suggested a dangerous naiveté on national security, while her huffy response when asked why she has been such a passive campaigner – “As opposed to standing outside Fenway Park? In the cold? Shaking hands?’’ – came across as sneering and elitist.

Take a moment to read the whole column. It’s quick and to the point, and it does not bode well for Democrats who support this health care crap anywhere. Please Lord, let the Democrats continue to sleep walk through 2010.

Jeff Jacoby (podcast below)  has a powerful column in the Globe this morning outlining the failures of universal care in the Commonwealth, and why we can expect more of the same if we let the Federal Government do it on a national scale.

First Jeff points out … whatever you call it … a mandate to buy health insurance is a tax … and no it will not help reduce the cost of health care.

But isn’t the penalty that law imposes on the uninsured – a penalty that this year will run as high as $1,068 per person – a tax? Gosh, no, enthused Romney: “It’s a personal responsibility principle.’’

It might be sellable if the Mass experience has led to lower premiums and lower costs … but it hasn’t.

Jeff drove all of those points home with us this morning.

Read it all … or just listen to today’s interview. Jeff is an amazing guest.

Great guests tomorrow … first Boston Globe Columnist Jeff Jacoby. His columns are automatically posted on the front the front page here in the News Wire below.

And from National Review and author of the best selling novel “The Case Against Barack Obama”, David Freddoso joins us. David you will remember took a lot of heat and was targeted by the Obama campaign for this book. The Obama folks, which became their trademark in the campaign launched a campaign tried to silence him. My guess is he wasn’t invited to the inauguration. 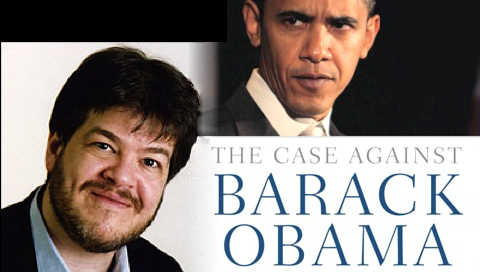