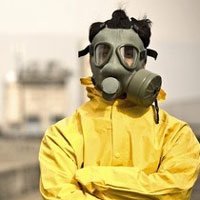 Seven days after Hurricane Sandy made landfall in New Jersey – more than 100 miles south of the New York-Connecticut border – there are about 35,000 Connecticut families and businesses without power this morning. In the state’s southwest corner, five towns have between 20 and 30 percent of customers with no electricity. We’ve seen and read the news reports about what’s happening in large areas throughout the five New York City boroughs.

The 9/11 terrorist attacks, the 2004 hurricanes crisscrossing Florida, Hurricane Katrina in 2005, Irene last year and Sandy this year will no doubt lead to another call to “fix” the government response to storms at the local, state and federal level. In all of these examples, pundits and fans of big government stated the federal government, FEMA and other people who were supposed to “help” outright failed their duty.

Have you yet come to the realization there will be events – many events – where the government will not be able to help you for hours, days or even weeks? Since 2001, all levels of government have spent billions of dollars to help prepare for terrorist attacks and natural disasters. We’ve combined agencies and created the most awesome Department of Homeland Security whose focus is prevention and dealing with the aftermath.

Spend all the money you want … we still have not created a crystal ball that will tell us what the aftermath will be. Run all the scenarios, run the disaster preparedness drills. Not unlike going into a battle, each and every storm or event will be different and a good portion of the official plan will assuredly be thrown out the window. You may well be on your own with your neighbors.

In no way am I suggesting the local, state and federal government should get out of the business of preparing for storms, informing citizens and providing assistance. What I am saying is that we have all become dependent on the help that may or may not come.

What are you going to do about it? Store water? FEMA suggests a paltry 1 gallon of water per person, per day. Families of four use more than 300 gallons per day on average in the US. Can you adapt? How would you be doing on day seven?

The above items are what you hear people screaming about in New York City for goodness sakes! Smaller cities and towns certainly could not be more prepared than a city with full-time first responders and an entire team dedicated full-time to emergency preparedness could they? Think about that.

When the power comes back on, how many who have suffered for more than a week will tune into Doomsday Preppers on the National Geographic channel?

The term “Preppers” usually bring the vision of gas masks, bio hazard suits and underground bunkers, none of which would be helping those without water, heat or food this morning. But one thing all preppers have in common is a solid plan to ensure they have water, food, and heat during short-term events lasting a few days to a few weeks.

It’s your turn to prepare now.