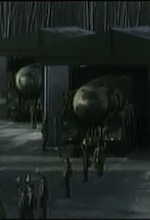 There’s more at stake here with the passing of the new START treaty than our relationship with Russia and nuclear proliferation. As Fox New analyst Peter Brooks pointed out yesterday, it’s critical to our defense from attacks from emerging powers like Iran and North Korea. But last night I happened across a post over at Black Five I thought you might find interesting.

Remember, at stake for the Republicans are three key issues. How the treaty affects our modernization of our nuclear arsenal. It’s not so much numbers but effectiveness, which in turn leads to deterrence, the affect of the treaty of mobile launching systems, where the Russians have a distinct advantage … and most importantly, the affect the treaty has on missile defense.

Senator John Kerry has pointed out repetedly that the Preamble to the treaty seems to establish an understanding that furthe development would be prohibited, at a time when the world is becoming more dangerous. Thus, as Brooks noted yesterday, it’s not protecting the US from Russia, but from other emerging powers, that’s at stake as well.

One way to make nuclear weapons obsolete or less desirable is to make them undeliverable.  That’s the purpose of the missile defense technology we’ve been developing over the years.  Then, when you negotiate a treaty like START you negotiate from a position of strength.

Instead, we’ve seen a unilateral decision to throw missile defense under the bus, even while rogue nations like Iran and North Korea develop bigger and more powerful missiles every year.   Not to mention the fact that both countries are supplying the technology to others and, according to news reports, providing missiles to proxies and planning on basing missiles in Venezuela.

The cuts to these programs is short-sighted and ignores a very real and growing problem.  The Airborne Laser boost-phase program, for instance, has successfully intercepted ICBMs in the boost phase in tests and is able to quickly kill and engage multiple targets as they boost out toward their targets (a time when the missiles are at their most vulnerable).    It is the first layer in a multilayered missile killing system which would provide this country and its allies a virtually impenetrable shield against rocket launched nuclear weapons.

Instead, we have an administration going around killing off the systems that will protect us all the while telling us that START will do the job and we should just trust the Russians (and Iranians and North Koreans one supposes).

In short, it would seem, even if the Preamble does not preclude development of missile defense, this President seems to be on a course to do that unilaterally.

Senator Kerry: do as I say, not as I do

Breaking Russia – How dare the United States defend itself!
16 replies

Christie steps in and commutes sentence of New Jersey man convicted in gun ...
Scroll to top