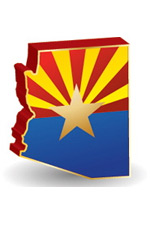 Have you read the Arizona “anti-gay” bill? I learned the bill was a total of two pages, so I figured I would go and read the legislation. I’m not going to copy and paste it here since it would take me 20 minutes to format it properly, so click here, read the legislation and come right back. I’ll wait.

What do you think? I want to provide you with a wrap-up of just some of the news publications and Internet sources that referred to this bill as the Arizona “anti-gay” bill: Huffington Post, Wikipedia, Chicago Now, Hartford Business, The Daily Beast, CNN, NBC News, and MSNBC. CBS and Fox News mostly referred to SB 1062 as “controversial.”

So, after you have read the bill, would you call it ‘anti-gay” legislation? Be honest. I’m not saying if the bill was good or bad, I really don’t give a crap. What I do give a damn about is the obvious hypocrisy in the media when they don’t cry foul when a gay hair stylist refuses to cut New Mexico Gov. Susana Martinez’ hair because she thinks the definition of marriage is exclusive to a man and woman.

Nope, that guy is perfectly cool with what he did. He has the right to refuse service to Martinez since she’s an obvious bigot. But if Martinez was a photographer in New Mexico and she declined to be the photographer at a gay wedding referencing her own religious beliefs, she could be held liable under the state’s anti-discrimination laws and be fined $7,000 to cover legal fees, never mind the legal fees they had to pay to their own council.

Then we have the Obama administration suing a trucking company for not accommodating Muslim drivers who don’t want to deliver alcohol. Let’s point out that the Muslim religion might certainly forbid drinking alcohol in the Koran, but there’s nothing in there about delivering booze. My emphasis.

The lawsuit alleged that Star Transport refused to provide two employees with an accommodation of their religious beliefs when it terminated their employment because they refused to deliver alcohol. According to EEOC District Director John P. Rowe, who supervised administrative investigation prior to filing the lawsuit, “Our investigation revealed that Star could have readily avoided assigning these employees to alcohol delivery without any undue hardship, but chose to force the issue despite the employees’ Islamic religion.”

Failure to accommodate the religious beliefs of employees, when this can be done without undue hardship, violates Title VII of the Civil Rights Act of 1964 which prohibits discrimination on the basis of religion. The EEOC filed suit, (EEOC v. Star Transport, Inc., Civil Action No. 13 C 01240-JES-BGC, U.S. District Court for the Central District of Illinois in Peoria, assigned to U.S. District Judge James E. Shadid), after first attempting to reach a voluntary settlement through its statutory conciliation process. The agency seeks back pay and compensatory and punitive damages for the fired truck drivers and an order barring future discrimination and other relief.

A little hypocrisy never hurt anyone…

Oh what a tangled web we weave…
2 replies

Minimum Wage… President Obama, where does the extra $3 come from?