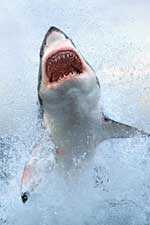 Although the story is quite interesting, this could just be 17 guys who realized the United States was a nice place to settle down, or on the flip side it could be a more nefarious plot. That said, I know the first place we should look for them.

Say it aloud with me readers … Sanctuary Cities.

The federal government dispatch requested law enforcement to detain the Afghanis and contact the local Immigration and Customs Enforcement (ICE) office, the FBI or NCIS if they happen to run into them.

But what about the local police departments who are banned from asking about immigration status? Not only that, there are city ordinances that ban law enforcement from notifying immigration officials they have arrested illegal aliens unless they have committed a felony or are wanted for a felony.

So, my question to San Francisco Mayor Gavin Newsom and the other sanctuary city leaders. (As a reminder, Newsom pushed for the city to provide municipal IDs to illegal aliens last year, not sure if they started doing it.)

If you happen to run into these guys, will you detain and report to ICE?

Remember, these were just legal residents who happened to walk away from their job and are now undocumented workers. They have yet to commit a felony or even a misdemeanor that I know of. They are simply AWOL as far as the government is concerned.

A nationwide alert has been issued for 17 members of the Afghan military who have gone AWOL from a Texas Air Force base where foreign military officers who are training to become pilots are taught English, FoxNews.com has learned. …

The Afghans were attending the Defense Language Institute at Lackland Air Force Base in Texas. The DLI program teaches English to military pilot candidates and other air force prospects from foreign countries allied with the U.S.

“I can confirm that 17 have gone missing from the Defense Language Institute,” said Gary Emery, Chief of Public Affairs, 37th Training Wing, at Lackland AFB. “They disappeared over the course of the last two years, and none in the last three months.”

Pamela Gellar at Atlas Shrugs provides the list of names, pulled from another Fox News release.

The following 17 Afghan military members have gone AWOL from an Air Force base in Texas and are being sought in a nationwide alert in the U.S.

[I could not figure out an appropriate image for this story, so … you get a jumping great white shark. Read into it what you’d like.]