Well according to Ma’am Boxer’s spokespeople, she and the General have kissed and made up. Oops, that was politically incorrect. Sorry.

Just as a refresher … here’s the video one more time … which John McCain used as a opportunity to have a little fun with the ole girl. Darn, there I go again.

And here’s the non apology apology which is all the rage today.

“Senator Boxer spoke with General Walsh yesterday and he said he was fine with her comments at the hearing,” Boxer spokesman Zachary Coile said in a statement sent Friday to FOXNews.com.

“It was a very friendly conversation and they reiterated their respect for each other and how much they look forward to working together,” he said.

But no apology, sorry. Oops … there I go again. Michelle Malkin has put this all into perspective though … don’t you think? Click the image to watch. 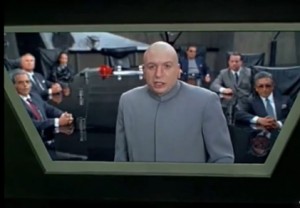 Plus … via instapundit … Don Surbur believes Ma’am Boxer could learn a thing or two from Gomer Pyle. 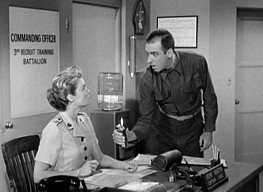 My guess is this woman who has worked so hard to claim her “title”, could learn a thing or two from Miss Manners as well. Oops … there I go again, Ms Manners.