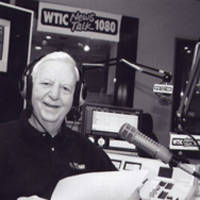 From Fox61 and the Hartford Courant.

Arnold Dean, longtime host of WTIC’s “SportsTalk” radio program and an innovator in the world of the sports talk show, died Saturday morning at his home, a day after he had a pacemaker replaced, his family said. He was 82.

Dean, who was born Arnold D’Angelo on July 1, 1930, the son of an Italian immigrant, lived in Rocky Hill. He as inducted into the Connecticut Sports Hall of Fame in May 1997, and was honored as Connecticut’s sportscaster of the year several times.

Jim Vicevich returns to the air Monday on WTIC

What will Costas say tonight?
Scroll to top