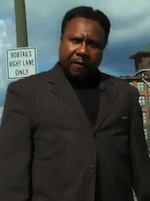 A number of listeners asked me to put up a separate post on the CL Bryant video so here is is. It’s a great video and part of an upcoming documentary. This former NAACP chapter President turned conservative activist says it all.

It’s just a 5 minute piece but well worth watching it all. He is speaking specifically to African Americans, but if you think this does not apply to you, including you lefites, you are not paying attention. For your viewing and mind bending pleasure.

From the Tallahassee Conservative Examiner:

C.L. Bryant, a former NAACP radical who is now a pastor and Tea Party activist has a message for America and in particular, the African-American community.

“Run away from the slavery of tyranny towards the blessings of liberty.”

Bryant’s upcoming documentary is slated for release in 2011 and is an honest discussion of black conservatives in America.

Matthews: Stop bitching about the deficit and name some cuts – Congressman...
Scroll to top