Just a quick post to give you guys some numbers to chew on. The country has turned a deep red, except in the Northeast. Surprised? I’m not. Given the high percentage of public union workers, low income and elderly (that’s just about all that’s left) … people voted their self interests, your money.

CBS has a great interactive map and that’s where I am taking you today. Look at how the rest of the country reacted to Obama’s agenda, then compare it to New England. Here’s the link. And here are the numbers.

Governors, 27-15 Republican compared to 26-24 Democrat before

No Connecticut was not included but that’s next, I can assure you.

Need a pick me up RVOers? How about a little Charles Krauthammer. “The Obama agenda is dead”. 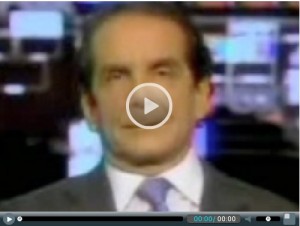 We can only hope.

Charles Krauthammer: Gibbs and Biden should be under house arrest until Egypt crisis is past

Obamacare … to defund or not to defund? UPDATE: Revolution on the right?

Obama sends troops to border – Krauthammer: Get the unemployed to work, complete the fence

Boehner and Paul: Courage of conviction
Scroll to top