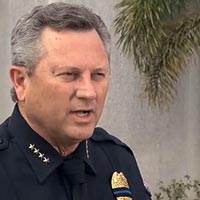 Protests and rallys organized by “community organizers” – demanding George Zimmerman be arrested – influenced politicians and law enforcement during the initial investigation after the shooting death of Trayvon Martin. The law was not followed.

From CNN, with brief portions of the interview with Sanford, Florida’s former chief, Bill Lee. My emphasis in bold.

Bill Lee, who testified Monday in Zimmerman’s second-degree murder trial, told CNN’s George Howell in an exclusive interview that he felt pressure from city officials to arrest Zimmerman to placate the public rather than as a matter of justice.

Wether or not you think Zimmerman should have been charged is not relevant here, politicians wanted to “placate the public” and arrest the guy. Skip all the formalities and just arrest him immediately, even though the investigation did not – at that point – show probable cause. How do you feel about that? This is basically mob rule … arrest now and just deal with it later.

As Lee looks back, he’s confident he did everything he could to follow the laws of Florida.

It had nothing to do with Florida’s controversial “Stand Your Ground” law, he said; from an investigative standpoint, it was purely a matter of self-defense.

Exactly. Even though the media was in a total frenzy about Florida’s “stand your ground” law for weeks – openly blaming that legislation for Martin’s death – this case was never about stand your ground, and had everything to do with self-defense. Zimmerman nor his lawyers – to my knowledge – never referenced stand your ground. It was all media hype.

It was a matter of protocol, Lee said. Arresting Zimmerman based on the evidence at hand would have been a violation of Zimmerman’s Fourth Amendment rights, he said. Thus, the Sanford police presented a “capias request” to the state’s attorney, asking that the prosecutor determine whether it was a “justifiable homicide,” issue a warrant for arrest or present the case to a grand jury.

In other words, follow the rule of law and do it just like they would handle any other similar investigation. But nooooo….

The Sanford Police Department was never allowed to follow the law and move forward with their normal investigation. As we’ve learned, outside influence, politicians and community organizers run the show, as they demanded something be done immediately even if it’s just for show. For the protestors, President Obama and many politicians, this was all about presenting this case as a 12-year old black kid getting killed by a vigilante white guy, who turned out to be a “white hispanic” who is really hispanic. I don’t think he fits the definition of a vigilante. It was all about race, and for the race-baiters, another opportunity to shove it down the throat of the non-believers.

Maybe Zimmerman should have been charged with manslaughter, maybe second-degree murder, or maybe nothing at all. Again, that’s beside the point of this post. It’s the system that crashed here, and we should never allow this type of outside influence by protesters drive a criminal investigation ever again. 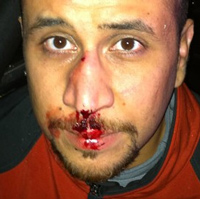 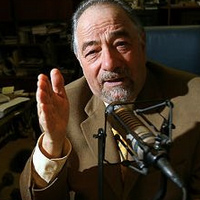 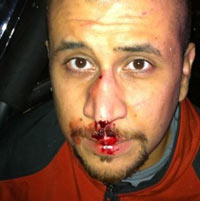 All was fine with regulating and taxing marijuana … till you saw the tax...

“Our culture says some babies aren’t wanted and that is not true...
Scroll to top