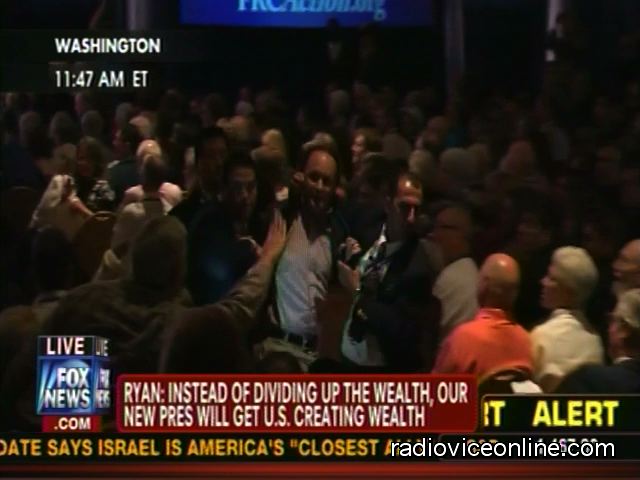 Of course. This man can’t let Ryan address the world on personal liberty, which Ryan went on to say it is one of the key issues in this campaign. This doesn’t make Americans anti government or not compassionate. That he said, is a typical Obama Straw Man argument. But rather believers that true compassion is voluntary not forced.

The crowd would shout the heckler down with what has become standard fare on the Romney tour whenever a heckler tries to disrupt, chants of USA.

Meanwhile enjoy, the crowd as well.

I hope to have an update on this “maroon” in a bit. Ryan went on to defend life and asked where the President’s compassion is when it comes to life, i will post on that as well. Great speech at the Value Voters Conference in DC

Update 1: Lets hold off on the leftie label. I mean it fits but he could an anarchist or OWS fan or anti corporatist. He apparently is not a big fan of corporations.

Attack in Benghazi, Libya not a reaction to stupid video

Chicago is what’s wrong with the American public education system (Up...
Scroll to top