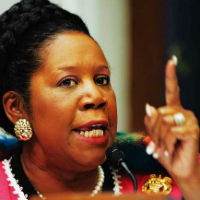 I’m sick of this. There is just nothing more to say other than “this woman is pathetic.” Rep. Sheila Jackson Lee (D-Texas) figures there is no reason – other than race – for Republicans to treat the president “so disrespectfully.” I guess she forgets how Democrats and lefties treated President George W. Bush.

“I do not understand what I think is the maligning and maliciousness [toward] this president,” said Jackson Lee, a member of the Congressional Black Caucus. “Why is he different? And in my community, that is the question that we raise. In the minority community that is question that is being raised. Why is this president being treated so disrespectfully? Why has the debt limit been raised 60 times? Why did the leader of the Senate continually talk about his job is to bring the president down to make sure he is unelected?”

Earlier in her speech, Jackson Lee said Obama has been targeted unlike any other president.

“I am particularly sensitive to the fact that only this president — only this one, only this one — has received the kind of attacks and disagreement and inability to work, only this one,” said Jackson Lee from the House floor.

Completely ignore the actual issue – we’re at a financial crossroad – and ignore the fact that other presidents have been “attacked” in similar fashion since the beginning of time. She’s worthless as a leader.

Of course, Jackson Lee had no issue claiming “high crimes and misdemeanors” during her efforts – along with others – to impeach George W. Bush in 2008. But that, in her opinion, was an effort to protect the United States people.

Guess she’s not concerned about the unsustainable growth and expenses the United States government that will bankrupt this great nation, leaving our next generation completely dependent on government who will not be able to take care of them.

For those of you Democrats or independents on the left, how do you feel about this woman? A clip from the 2008 hearings on impeachment…

Update: AP from Hot Air points us to the video of Jackson Lee’s statement on the House floor.

MSNBC contributor: You're racists, Romney is using "code words" and we fear the scary black man 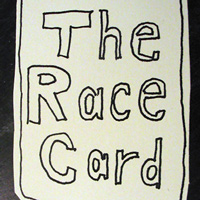