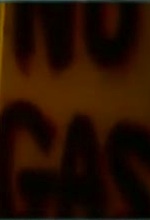 I must say I am not sure I believe the dire predictions but these days anything is possible, as long as the government continue to stick it’s regulatory nose into places it doesn’t belong. And no, my little lefties, more government regulation or even higher taxes won’t solve this problem.

Bloomberg news reported this one on New Year’s eve, or while you were partying (H/T Instapundit).

Oil surged to its highest year-end price since 2007 as the dollar weakened and gasoline and heating oil futures climbed.

Crude capped its second consecutive year of gains as the dollar dropped against the euro, boosting commodities’ appeal as an alternative investment. Oil settled above $91 a barrel after testing technical support near $89. Gasoline and heating oil advanced before the January contracts expired today.

Meanwhile, last week, former Shell Oil President John Hofmeister predicts gas lines this decade and $4 a gallon gas this year and $5 a gallon by 2012. He makes a compelling case, no?

Somehow I do not think squiggly light bulbs and electric cars are gunna make up the difference. I am one of those people who think all sources should be developed, but as Hofmeister says, in the short term we need to drill baby drill. Now, who is gunna convince a President who used the gulf spill crisis to shut down drilling … everywhere?

UPDATE: You will notice I have changed the post title because I can’t remember what year this is. Since Dec 31, 2007 would be a three year record, not a two year record as originally posted, I have corrected the title because this is 2011. My bad and I stand corrected.

US production of crude oil, imports and exports – Actual Data

Who wants gasoline prices to rise?

How to lower oil prices right now – Yes. We. Can.

Your wallet – the only place Democrats want to drill
8 replies