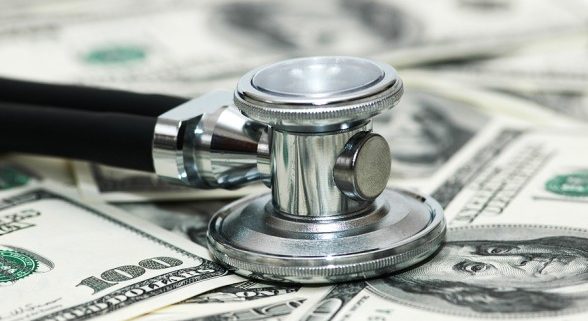 But that is what we have now, and it’s exactly what everyone here at RVO predicted years ago. If you’re middle class on a non-subsidized ACA plan, a family of four spends about $1,300 a month in premiums. The deductible for those plans is $13,000 per year. So once you pay $28,600 out-of-pocket each year, your insurance kicks in.

Where is that $28,600 going? Insurance companies are not keeping it*. The insurance companies are using most of it – or all of it it – to pay healthcare providers for services provided to other subscribers. Most of those other subscribers are on government subsidized programs or have very expensive pre-existing conditions. Of course, they will also use it to cover health care costs you have once you’ve paid your $28,600.

Insurance companies must also cover costs and payments to healthcare providers for mandated coverage requirements. You know, mandates requiring them to insure – without question – those with extremely expensive pre-existing conditions at “normal” rates. Think about that for a moment. It’s kind of like not having insurance when you wreck your new car in the morning. No problem, walk into Progressive in the afternoon and make you first $200 monthly payment on your new policy. Then, walk out with a check for $40,000 to replace your new car.

Still, insurance companies are losing money and pulling out of the market. This is not unexpected and we also predicted this. The risk corridor scheme was set up to help insurance companies cover losses during the first three years. But just as they got started, the government realized they would not have enough to cover the losses.

In the end ACA insurers collectively incurred $2.87 billion in losses exceeding the risk corridor boundaries, but only ended up owing $362 million in contributions. CMS was able to pay out only $0.126 on the dollar to insurers owed payments, although it reiterated its intent to pay out the full amount owed over the life of the program. This funding shortfall resulted in severe losses for a number of insurers, and several, including a number of consumer cooperative (CO-OP) plans became insolvent.

Are you still wondering why it is failing? It’s clear, there is no “affordable” in the Affordable Care Act.

* Yes, insurance companies do use some of the funds to cover administrative costs.