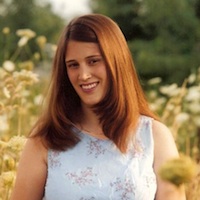 She is a Wisconsin early childhood education teacher, 26 years old, and in a heap of trouble, and well she should be. Jim Hoft at Gateway pundit, calls the threat vile and disgusting. I’d say that’s putting it mildly.

According to the Journal Sentinel, Katherine Windels has been charged with two counts of allegedly making death threats to a Republican legislator in Wisconsin. If convicted each count carries a maximum of 3 years and 6 months in jail and $10,000 in fines. Jim Hoff has a link to the e-mail threat she made.

The subject line of the second email was: “Atten: Death Threat!!!! Bomb!!!” In that email, she purportedly wrote, “Please put your things in order because you will be killed and your families will also be killed due to your actions in the last 8 weeks.”

“I hope you have a good time in hell,” she allegedly wrote in the lengthy email in which she purportedly listed scenarios in which the legislators and their families would die, including bombings and by “putting a nice little bullet in your head.”

According to the criminal complaint, Windels told investigators “I sent out emails that I was
disgusted and very upset by what they were doing.”

If you want to read the entire e-mail and learn a bit more about the woman parents in Wisconsin have entrusted their children to … go to GatewayPundit.

State bonuses for … showing up for work. Yup just showing up.
Scroll to top