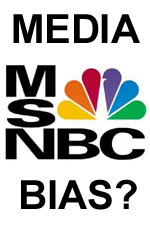 Come on you dopes. Some state had to be the last one, and even though Arizona’s governor at the time (a Republican) certainly did not have good standing with minorities and was at times considered an embarrassment for the state, Arizona voted to recognize the Martin Luther King holiday almost 20 years ago.

Yet, spitting out the lie that Arizona still refuses to honor the King holiday fits the liberal media’s narrative that the people in Arizona are nuts and something must be in the water out there, so the hosts are going to toss it out there, notching up the rhetoric once again.

New York Times Journalism 101 – Not fitting the template? Fake it

Oh what a tangled web we weave…