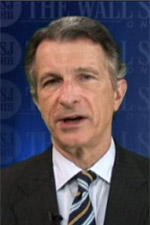 Let’s think back and compare speeches from all previous presidents and national leaders and compare them to President Obama. I agree with Daniel Henniger from the Wall Street Journal, this president is the “most embittered American president” evah.

Can you refer us to audio of video from previous leadership – let’s limit the scope to the Executive Branch and majority and minority leaders in Congress for now – who seems so ticket off. I can not think of any previous president after and including President Reagan who would stand up in front of a crowd and complain “they talk about me like a dog“.

I don’t even know what point he’s trying to make. I really can’t imagine President Clinton acting this way.

I know this blog has discussed Obama’s Labor Day speech already, but I thought Henniger posted an interesting perspective on Obama’s bitchy attitude.

One may argue that Mr. Obama’s community-organizer attacks on the wealthy in front of a union crowd (delivered with the tone and syntax of bar-stool resentment) are meant to keep the party’s perpetually angry left-wing base agitated enough to vote in November. But since the earliest days of his presidency, starting with his first economic message, Mr. Obama has harped on the idea that “well-off and well-connected” economic factions in the U.S. have done something explicit to shaft the middle class. …

One month it’s insurance companies, the next it’s the bankers, or merely “the special interests.” One wonders where exactly along the American income scale Mr. Obama divides the country between us and them?

Henniger notes Obama’s statements concerning how important education is, but he – as do I – find it interesting he blames big oil, insurance companies, big banks and the greedy Wall Street-types for most of the ills of the world. Yet, what “special interest” has the most to say when it comes to educating our kids?

Our current president is showing that he can be a community organizer for members of a specified group, at a specified time. We need a leader who will be able to speak as a mentor and teacher to everyone in America.

I’ve noticed the WSJ is now posting the written opinion pieces accompanied by video and audio which is kind of cool, so I’m posting the embedded video here that goes with the original post.