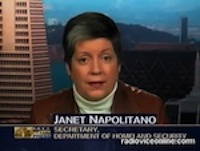 Foes of illegal immigration are up in arms over plans for a weekend disaster exercise in western Iowa with a fictitious scenario in which young white supremacists shoot dozens of people amid rising tensions involving racial minorities and illegal immigrants.

The exercise is planned for Saturday at Treynor High School in Pottawattamie County and will involve more than 300 people, confirmed Doug Reed, the lead exercise planner for the county’s emergency management agency. Some 30 to 40 “victims” will be transported to area hospitals. He said a terrorism scenario is required by federal officials for the exercise to be eligible for funding.

The exercise scenario describes shootings occurring after rising tensions in the community because of an influx of minorities, Reed said. The newcomers, some who are American citizens and some who are illegal immigrants, were to have moved into a rural area from urban areas in search of more-affordable living. The newcomers are not welcomed by racial extremists, and controversy sweeps the community, he said.

Now, I know that Big Sister over at the Department of Homeland Security thinks that “nativists” are the biggest problem facing the United States, but this is really without precedent, at least as presented.  It sounds like the attack in Mumbai, executed by “misunderstanders of the religion of peace,” but to flip the script this hard seldom happens outside of Hollywood.

We’re spending how much for a mascot?

I am Spartacus … the Libyan edition

More of your tax dollars at work
Scroll to top