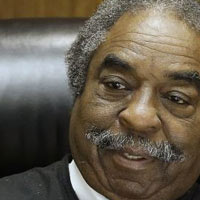 What the heck is this about? The state legislature in Alabama passes legislation – in part – giving parents who have kids in schools defined as “failing” an tax credit to pay for tuition at a private school or other public school and some judge blocks the legislature from sending the bill to the governor to sign it?

Since when does our system work this way?

An Alabama judge has blocked the signing of a hotly contested education bill that has divided the state Legislature. Democrats are heralding the decision as a victory but state GOP leaders say the bill was passed fair and square and say the judicial branch needs to butt out of the legislative process.

Circuit Judge Charles Price scheduled a hearing for mid-March on the issue and barred state lawmakers from sending the bill to the governor for his signature before the hearing. Gov. Robert Bentley had said he would sign the bill. …

The teachers union group argues that the Republican majority bypassed state rules when the tax credit program was tacked on the bill in a conference committee — with little discussion or debate — and pushed through the legislature.

Democrats don’t seem to like it when Republicans use tactics out of the Democrat playbook do they?

Democrats claimed they were hoodwinked by Republicans who used a last-minute bait-and-switch tactic to push their plan through.

If the vote was along party lines and the Democrats voted against the legislation, just how were they hoodwinked by a bait-and-switch? Oh, maybe they didn’t take the time to read the legislation they were voting on?

Competition in health care? How about everywhere else too?