I’m having trouble with the “proportional response” doctrine, and Juan Williams “scoring” the war at 130+ Hamas dead verses five Israeli dead is not helping. If a group of 100 terrorists or crack-heads tried to invade a well-armed gated community here in the United States and they were all killed by residents who suffered one casualty, would the residents be chastised for “overkill?”

So, Williams seems to suggesting Israel must consider the number-of-dead score … but what about the number-of-rockets-Hamas-launched score? Maybe Hamas should be careful not to overdo it sending rockets into Israel? Maybe Hamas should remember sending  627 rockets into Israel last year seemed to be an “acceptable” number as there was no “disproportionate response” by the Israelis? 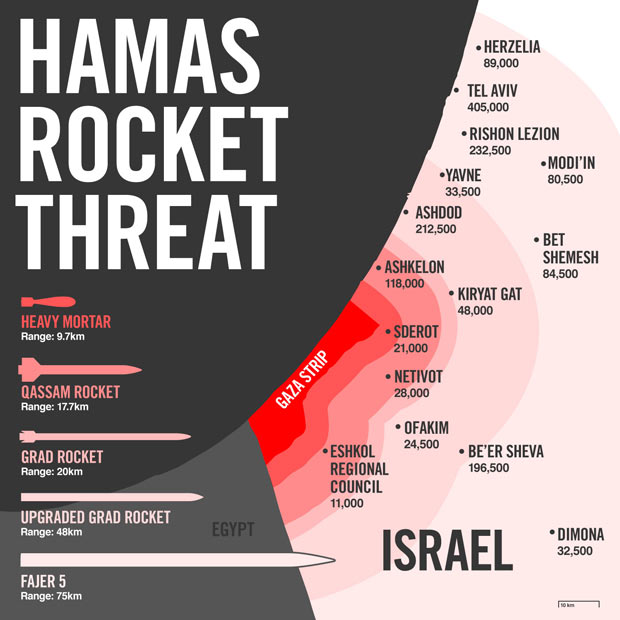 Flotilla of Peace ... not so much, says Israel - Video of "peace" weapons

How the Arabs have rejected a Palestinian state

United Nations under impression nuclear Israel is THE threat
6 replies