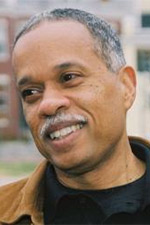 Juan Williams was on the O’Reilly Factor (Fox News) on Monday night and said the following in response to a question by Bill O’Reilly. Within 48 hours, his contract with NPR was nixed. He was canned.

First, the video, but note Jim and I were working on similar posts this morning, so check his out … it has more information and a comment from Bill Kristol.

Here is part of the transcript. I’m sorry, but I just do not have time this morning to dig up the full segment or full transcript but I think it would be important to read/listen to Williams’ comments in full context.

WILLIAMS: Well, actually, I hate to say this to you because I don’t want to get your ego going. But I think you’re right. I think, look, political correctness can lead to some kind of paralysis where you don’t address reality.

I mean, look, Bill, I’m not a bigot. You know the kind of books I’ve written about the civil rights movement in this country. But when I get on the plane, I got to tell you, if I see people who are in Muslim garb and I think, you know, they are identifying themselves first and foremost as Muslims, I get worried. I get nervous.

The self-righteous folks commenting over at Think Progress have proven they are much better than anyone who may get nervous when four Muslim clerics get on a plane (late), sit down, start praying, and then ask for seatbelt extenders. Yeah, you’d be a racist fool.

Williams stated he would be uncomfortable and nervous if he was in this situation. So now I guess the people at Think Progress and other lefty outlets have changed the definition of racist. The definition (in the standard context) used to be hatred or intolerance of another race or other races.

Now you are a racist if you are nervous or scared around a segment of the population, who happen to have a sub-segment who are fighting a Muslim holy war against infidels and want to convert you or cut your head off.

Jim Hoft at Gateway Pundit is also writing. Sidebar: Jim ends his post stating “we’re paying for” NPR, when in reality, a minority of NPRs funding comes from tax dollars. Yet, should we be providing any funding at all?

AJStrata at Strata-Sphere also thinks the funding should be eliminated, but more specific to this topic notes the USA has announced Muslim terrorists are here – on our soil – planning to kill Americans.

The point is terrorists terrorize. And when the USA announces Muslim terrorists are in the US to kill, it is only reasonable people begin to look around and see if there is something fishy going on. That is what the government as been asking us to do – keep an alert eye out.

So how is it Juan Willliams can have his job taken from him for not only complying with the government request, but sharing his fears about the attack with others? It is time to pull the plug on PBS and NPR. They have become political correct outhouses instead of a public service. With thousands of channels of radio, opinion, news and information, they have outlived their need.

Addendum: I forgot to add this comment from Juan:

Mr. Williams also made reference to the Pakistani immigrant who pleaded guilty this month to trying to plant a car bomb in Times Square. “He said the war with Muslims, America’s war is just beginning, first drop of blood. I don’t think there’s any way to get away from these facts,” Mr. Williams said.

Yep, taking Muslim Terrorist threats serious is a crime in the mad halls of liberal DC.

Pamela Gellar at Atlas Shrugs certainly does not agree with Williams on many subjects, she defends his right to express his opinion.

And while I do not share Mr. Williams sentiments, so what?

Michelle Malkin thinks all funding should be cut off as well, and reminds us…

PJ Salvatore at Big Journalism adds – with my emphasis in bold.

NPR doesn’t have a problem with statements like this on its airwaves:

I stick very rigorously to the evidence. You had the Nazis unloaded coffins at night. We saw coffins being unloaded at night. They talked about enhanced interrogation, meaning torture. Karl Rove talked about enhanced interrogation, meaning torture. They said, you know, we’ve got to invade Czechoslovakia, because it’s a staging ground for terrorists. We said we had to invade Iraq, a country we’re not at war with, because they’re torturing their ethnic minorities, it’s a staging ground for terrorists, and they hate our freedoms. I don’t need to draw an analogy. The analogies are there.

Can we stop pretending that this is serious radio and pull their public funding already?

Sad. Just as we thought they were becoming real.

*UPDATE #1: Interesting study just out from FAIR on PBS:

Can we stop force-funding television and radio now? If it’s not one of the enumerated powers of Article 1 Section 8, leave it alone.

That said, it is really important to note the conservative and libertarian blogs are standing up for Williams even though some think he was not “artfully spoken” when he stated his opinion. Some don’t even agree with what he said.

Yet, the liberal websites have a bunch of comments that have branded Williams an Uncle Tom, fake liberal, and Fox News puppet among other things. He’s been totally banished! Now that readers, is tolerance.

Now, keep in mind, NPR probably has been trying to get Juan Williams to end his relationship with Fox News for awhile. NPR thinks Fox News is too biased to the right, even though NPR is clearly biased to the left – and funded in part by tax dollars. Remember, Mara Liasson was asked by the powers to be at NPR to “rethink” her relationship with Fox News.

A Special Moment – Update: Juan and the Obama Critics