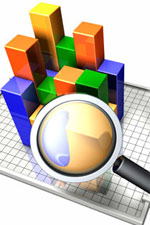 The day before the federal healthcare.gov website went live, they were completing a routine stress test on an implementation environment and they were only able to handle 1,100 users “before response times get too high.”

When I was on a team implementing an internal website for a Fortune 50 insurance company servicing 2,000 employees, we stress tested for a maximum of 2,300 connections with no problems at all. The users had to log in too, it was not an open Internet website. That site costs about $1.6 million dollars for everything: coding, content entry, development, testing, QA, internal marketing and implementation.

The Obama administration has repeatedly insisted that the website’s repeated crashes were due to unexpectedly high traffic. U.S. Chief Technology Officer Todd Park said on Oct. 6 that the website was expected to draw around 60,000 simultaneous users but instead drew many more, around 250,000.

However, a Healthcare.gov testing bulletin from Sept. 30, the day before the site’s launch, states that the website began to run into trouble with far fewer users.

“Currently we are able to reach 1,100 users before response time gets too high,” the bulletin states.

The bulletin says that the goal moving forward was to “conduct more thorough testing with (the Federally Facilitated Marketplace) to reach targets of up to 10,000 concurrent users in the next few days.”

I can flat out tell you Jim and I have personally watched our small, low-budget WordPress website have 319 concurrent users at one time and it didn’t miss a beat. It was not slow at all. The server environment I have running upwards of 20 different websites peaked at about 14,500 unique visitors over an eight hour period. That was a one-time occurrence so far, but none of the websites experienced any delays or slowness.

In short, the political machine demanded this site go live on Oct. 1 no matter what.

Update: The original headline mentions users per day, and it should be concurrent users. The Fox News story has the headline incorrect as well.

Media must step up and inform about health care legislation

Ron Clark Kids sing but only Willie gets it

The $15 per hour minimum wage experiment comes to SeaTac