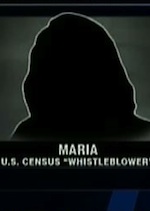 Why should I be surprised? The economy is expected to have created a boatload of jobs … except it’s not the economy, it’s the census, and it’s not the census … it’s how the census jobs are counted. If they can’t count jobs correctly, how can they be expected to count people?When the new job numbers are released the vast majority of them are expected to be census jobs, but not even those numbers are expected to be accurate which is really par for the course after our experience with Recovery.org that claimed the unverifiable hundreds of thousands of jobs had been created or saved as well as detailing the billions of jobs that went to Congressional districts that didn’t exist.

Last night Neil Cavuto interviewed a census worker who claimed the Census had hired and fired her twice and thus counted her as two jobs created. Watch it all. It will … ummm … not surprise you?

The New York Post detailed this two weeks ago:

Here’s a note from a Census worker — this one from Manhattan:

“I have been hired, trained for a week, given a few hours of work, then laid off. So my unemployed self now counts for four new jobs.

“A few months ago I was trained for three days and offered five hours of work counting the homeless. Now, I am knocking (on) doors trying to find the people that have not returned their Census forms. I worked the 2000 Census. It was a far more organized venture.

“Have to run and meet my crew leader, even though with this rain I did not work today. So I can put in a pay sheet for the hour or hour and a half this meeting will take. Sincerely, C.M.“

Estimating job numbers is iffy at best, not matter the administration. And may I say every administration has tried to fudge the numbers in its favor. But the bottom line on this is this. Most of the jobs being created are government jobs, census or otherwise, not private sector jobs. Most of the raises are going to government workers, not private sector workers, and that is simply unsustainable. Jobs dependant on the public sector never create capital, ever. They just take money from the private sector and hand it to the public sector, money that would have been either spent or invested anyway.

UPDATE: Here are the numbers I should have included yesterday, from Bloomberg:

Private payrolls rose by 41,000, Labor Department figures showed yesterday in Washington, trailing the 180,000 gain forecast by economists in a Bloomberg News survey. Including government workers, employment rose by 431,000, boosted by a jump in hiring of temporary census workers. The jobless rate fell to 9.7 percent from 9.9 percent.

Economists also forecast the jobless rate would fall 9.8 percent. Unemploymentreached a 26-year high of 10.1 percent in October. The decline in joblessness last month reflected a 322,000 drop in the labor force as Americans grew discouraged over hiring prospects.

Notice, not just that the bulk of the jobs are government jobs, they are temporary government jobs. Notice too, Rick pointed out on the show, the better than 300,000 who jumped the rolls because they have simply quit.

I have stated repeatedly that any increase in government spending is simply unsustainable as long as the private sector is not taking the lead in growth. Once again, for old times sake, public spending is dead end spending. It creates no capital and in reality does not create any jobs. It merely take money from the private sector to spend in the public sector, and suck capital from business and the capital markets where economic growth takes place.

Unemployment rate drops as unemployed just plain give up

How much more time will Obama get?
6 replies

Krauthammer on Gaza blockade and Israel’s options
Scroll to top