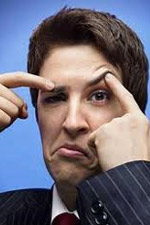 There are political commentators on all “news” networks. If you can not figure out the difference between a commentator like Sean Hannity and an anchor like Bret Baier, I’m not going to be able to help you. But MSNBC staff like Rachel Maddow coming out definitively saying Fox News is “Faux News” is pathetic and insane.

I picked up on this Newsbusters story last week I think. I can’t find the story now, but it revolved around a clip from Hannity where a congressman asked the viewing audience for monetary support and directed them to a political campaign website.

As a reminder, Hannity is a commentator.

To wrap up this story, and in an attempt to quiet down the MSNBC fans out there, we’re highlighting this video so you all can get off your high horse. Video efforts by Johnny Dollar’s Place. Allahpundit at Hot Air notes…

Wait, didn’t Rachel Maddow assure us on Friday that, unlike those mercenary wingnuts at Fox News who let Republican guests pitch donation URLs on the air, MSNBC is “not a political operation”? Six full minutes of fact-checkin’ fun here via Johnny Dollar, who not only spent hours piecing this lowlight reel together but has an accompanying post delving further into the hypocrisy.

MSNBC asks: Who was in the tank for Obama?

Would the last honest reporter please turn on the lights?

MSNBC reacts to Obama speech: “It was a great speech if you were on another planet for the last 57 days.”

What We Believe Part 4 – Natural Law
Scroll to top