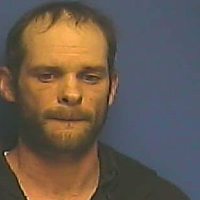 Evil exists in the world, and sometimes you get lucky. Some idiot in Kentucky with multiple felony convictions made the decision to ambush Deputy Sheriff Jerry Jones – a buddy of mine – and try to shoot him with a .270 caliber hunting rifle. He missed. He’s in jail, and is now charged with attempted murder of a police officer among other charges.

Short story is the felon called one of his kids and told her to “get herself, mother, and little brother down in the basement, quickly, and to not ask any questions.” Just before that call, the felon – Michael Flood – made a 911 call to police asking for help, claiming his wife had been drinking and was out-of-control.

When Jones showed up at the house, Flood was about 100 feet away from the house along a tree line and fired a single shot, after the mother and two kids answered the door. The bullet ended up close to where the four were standing in the house. No other shots were fired, Jones called for back up and they found the guy after a brief search in the woods.

A K-9 led deputies into a wooded area and uncovered a stashed .270 caliber rifle, with extra ammo,and a 20 gauge shotgun with extra rounds. The track in the creek and woods, also turned up the suspects ball cap, and other personal items.

Mr. Flood was found coming out of the wooded area, was found to have two .270 caliber bullets in his pockets.

According to Hayden, the domestic call made by Flood appeared to be a ruse to get deputies to respond. He said all evidence, points toward his planning an ambush on law enforcement once arriving at the home. It is believed that Flood was hiding in a tree line about 85 to 90 feet from the home as the deputy arrived and pulled into the driveway.

As a result, Flood was charged with attempted murder of a police officer, three counts of wanton endangerment, and 2 counts of possession of a firearm by a felon.

Flood was charged in 2006 with Felony Assault on a Deputy Sheriff, the late Dep. Chad Shaw, and was convicted on that charge. There are also multiple convictions for Contempt of Court, DUI’s, Resisting Arrest, and a recent Felony conviction for Theft by Failure to make Required Disposition of Property.

Gun registries don’t help. Laws banning felons from possessing firearms don’t help. Background checks don’t help. This guy was a multi-winner in the felony lottery and never would have passed a background check, yet somehow, he still had access to a rifle. Criminals don’t give a crap about the law.

Hinderaker: Obama is a liar of epic proportions
Scroll to top