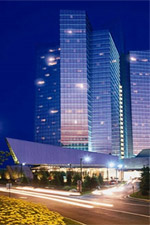 You’ve got to be kidding me. The US Department of Agriculture has a rural development program – what ever that is – with available funding from the most recent stimulus package totaling $168 million. The Mohegan tribe in Connecticut got almost one-third of the funds.

Hand-outs, pay-outs and pay-offs. From Brian Ross at ABC News, with a hat tip to Ed Morrissey at Hot Air.

With the support of Sen. Chris Dodd, D.-Conn., the federal government has awarded $54 million to Connecticut’s politically well-connected Mohegan Indian tribe, which operates one of the highest grossing casinos in the U.S.

The tribe runs the sprawling Mohegan Sun casino, halfway between New York City and Boston, which earned more than $1.3 billion in gross revenues in 2009. Each tribe member receives a cut of the profits, a number a tribal official said was “less than $30,000” per capita per year. The stimulus money is a loan from a U.S. Department of Agriculture rural development program that is meant to help communities of less than 20,000 people that have been “unable to obtain other credit at reasonable rates and terms and are unable to finance the proposed project from their own resources.”

Supposedly, the Connecticut congress-critter delegation is perfectly fine with this since they will sign-off on anything that brings money into the state to create jobs and economic stability. 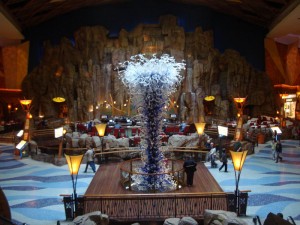 That’s what Washington politicians do now, beg, demand and weasel their way through reception lines and lavish events to ensure that for every dollar of tax revenue that comes from there state, they get more back from the federal government.

We really should rate the congress-critters on their cash performance ratio. As an example, we could give deceased Rep. John Murtha a 2 to 5 … for every $2 that came from his district to the federal government his district got $5 back.

Is that what you think the job of the congress-critter is?

What’s interesting here is this may actually be a true shovel-ready project since construction of a community center and government building was stopped in 2009 due to the economic downturn. But the additional $54 million was just part of the total $74 million loaned to the tribe to help fund the project.

Ross notes the tribe scaled down the project by $15 million, so my question is how much is this total project supposed to cost?

Let me make this clear. As a taxpayer, I don’t want to loan the tribe with it’s monstrous casino one dime in tax money. Not one dime! Supposedly this funding will create 1,500 jobs, but I can not understand why private capital can not be used to fund this project if it is worthwhile and the loan can be paid off.

The Indian tribe making over $1.3 billion in receipts from its casino wound up with a third of the entire outlay from the USDA’s rural development program?  And how exactly does an entity earning $1.3 billion  from a casino, with $53.6 million in profit have trouble getting credit?  They clearly have assets in their community for collateral.

Maybe they could bring in Billy Joel for another two weeks?

Time Magazine lefty on stimulus: Hey, Obama did this for you

Why the Barton BP apology has legs – “Shakedown”
Scroll to top