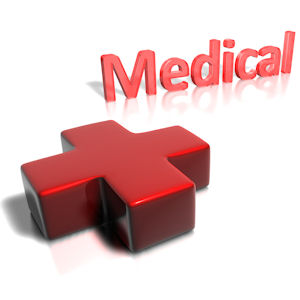 I’m listening to Rush Limbaugh today and I understand Jim was talking about Ebola earlier today on the big radio show earlier today. I’m no expert, but let’s put this in perspective. At this point there is very little chance you’ll be exposed to Ebola. Period. You’re more likely to be killed in an auto accident on the way to work.

BRITNEY HUGHES: Thank you, in a video message to countries in West Africa that are experiencing Ebola outbreaks, President Obama told residents that they cannot get the disease by sitting next to someone on a bus, but CDC recommendations state that travelers in West Africa who begin to show possible symptoms, or people whose experience a high risk of exposure should avoid public transportation including busses and we have also seen large amounts of concern regarding potentially infected people traveling on airplanes. My first question is did the CDC vet this video message before it was released and posted on U.S. Embassy websites, and is it true a person runs absolutely no risk of contracting Ebola on public transportation such as a bus.

TOM FRIEDEN: Yes, CDC vetted the message and yes, we believe it is accurate. I think there are two different parts of that equation. The first is if you’re a member of the traveling public and are healthy, should you be worried that you might have gotten it by sitting next to someone. The answer is no. Second if you’re sick, and you may have Ebola should you get on a bus, the answer to that is also no. You might become ill; you might have a problem that exposes someone around you. Because the risk is so low, we think there is an extremely low likelihood that anyone who travelled on this plane would have been exposed, but we’re putting into place extra margins of safety and that’s why we’re contacting everyone who was on that flight.

Words and the audience are important here. Reference to this statement in the media may be overblown.

As far as we know, the transmission of Ebloa is through blood or body fluids, including sweat. In other words, if someone has Ebola and travels on a bus and sweats on the arm rest and a seat mate touches the sweat and wipes their eyes or mouth, it seems like they become one to put into the “very high” risk category. So yes, you can catch Ebola by sitting next to someone who has Ebola. Why this is such a difficult message to deliver is beyond me, but if anyone can mess it up…

Now, let’s take a very close look at what Frieden said later in the teleconference, with my emphasis in bold.

CHRIS PEREZ: Good afternoon Dr. Frieden. What sort of treatments will (name redacted) be receiving, and how is it possible for someone, how going forward, will it be possible to stop people that treated Mr. Duncan from getting on public transportation?

TOM FRIEDEN: So the treatment of both of the patients there is as per their treating physicians. That information has to be from the hospital there. In terms of controlled movement, that is something that we work out with the state and local public health authorities. At this time, we require anyone who may have been exposed to travel by controlled movement only. The health care worker number two, who traveled from Ohio on the 13th of October, Monday, should not have traveled, should not have been allowed to travel by plane or any public transport by virtue because of the fact that she was in an exposed group. And although she did not report any symptoms, and she did not meet the fever threshold of 100.4, she did report at that time that she took her temperature and found it to be 99.5. So by both of those criteria, she should not have been on that plane. I don’t think that changes the level of risk of people around here. She did not vomit, she was not bleeding. The level of risk of people around her would be extremely low. Because of that extra margin of safety, we will be contacting them all.

So Frieden states the nurse should not have been allowed to travel because she was in an “exposed group.” So what about those in an exposed group in West Africa? All the traveler has to do is lie – like we know Thomas Duncan did – to travel.

Now, let’s talk about common sense prevention of the spread of Ebola or any other virus for that matter. What does the CDC say about siblings and parents of children who may have the flu.

That’s a self-imposed quarantine for the entire family. Why would the CDC say it’s perfectly fine to allow people to travel from Ebola-hit areas when they suggest siblings of family members with the flu should keep them out of school?

I know this seems hard to understand for some, but limiting transportation of those living in Ebola-hit areas seems perfectly logical to me. In no way does the suggestion of a quarantine for those living in the area limit the amount of care they can be provided. This can be managed, and you would expect the Centers for Disease Control would have plans in place to do this in the United States, and the United Nations and WHO would have plans in place as well. But as we have learned during the last week or so, the CDC’s primary mission statement is not what we expected. As with many other government organizations, mission creep is rampant at the CDC. Trust me, mission creep is totally out of control at the UN and WHO as well.

Certainly we can send help as there are thousands of volunteers here in the United States who have been willing and able to go to the area to help train medical personnel and treat patients. By keeping the borders open to travelers, we are unnecessarily putting additional people from all around the world at risk.

I just don’t see why the CDC and WHO can’t figure out and implement a quarantine program in the area that would clear people for travel after a certain amount of time after they may have been exposed. It’s a crap-load of work for certain, but keeping the flow of traffic going is not the right move.