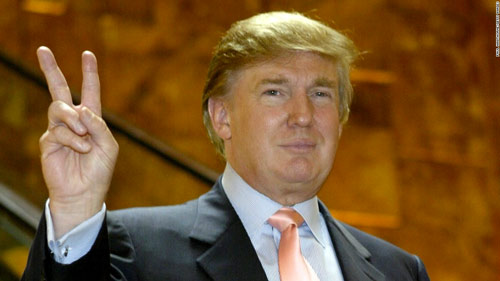 I recently commented on a Facebook post referencing Harry Reid saying “Fear is entirely rational” after a campaign of “bigotry and hate.” I simply said “they still don’t get it.”

I guess what I don’t get is when people keep telling me to “get over it” and move on. In any past election in my life I was able to do that but this one is different. I understand the reasons peeps voted for T for political reasons some of which I agree with but I just find him to be an abhorrent person. I especially can’t understand how people who wanted to draw and quarter Bill C for being morally bankrupt now turned around and over looked what a pig T is and actually vote for him. And please don’t tell me I’ve been brainwashed by the liberal media against him. I heard with my own ears the hateful things he said.

We obviously can’t point to “one thing” to help understand why folks voted for Trump. A significant part of the equation was Democrats who stayed home or voted for Trump. Trump will end up with about the same number of votes McCain and Romney received, but Clinton ended up with 10 million and 5 million (respectively) fewer votes than Obama.

But I’ll stick to one thought for now: He fought back.

Liberals have been talking down to me for a couple of decades now, but I really started noticing when I started writing for this conservative website. Here are just some of the hateful things that have been said to me, about me, and other conservatives for decades. Strong language coming…

The criticism, distain and outright hate towards my conservative beliefs continue. I could go on-and-on.

Every single one of these statements – and many more – have been either made to me in person, in an online comment, or sent to me in an email during my time writing more than 2,000 conservative blog posts. Thankfully, I’ve received no death threats, but I know of authors who have. I’ve seen them. Law enforcement dealt with them.

The attacks on some of my friends – who happen to be black conservatives – have been outright brutal. I’ve been present when a protester yelled at them …”you’re a traitor to your race.”

The verbal and written attacks – along with all the “they are stupid” jokes – on Sarah Palin, Palin’s family, George W. Bush, Bush’s family, Mitt Romney, Mia Love, Rand Paul, Alan West, Scott Walker, Clarence Thomas among many others have been BRUTAL for years.

Although Trump was not my chosen candidate, Trump fought back. He gave it out just the same the left have been dishing it out for decades. No national GOP candidate has fought back before. (Well, maybe Reagan.) It was all about “what can we do to get them to accept us.”

Well, Trump got through to folks who were done being bullied by the left.

At this point, I’m more than willing to give Trump a chance. I’ll continue to explain why Constitutional conservatism will work when given the opportunity. I’ll work to direct Trump on conservative policy if he’ll listen. I’ll disagree with him and point out where I think he is wrong just as I did during Bush 43’s term.