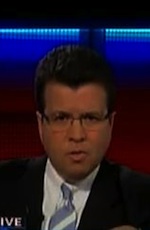 Lies, damn lies, and statistics, but in this case only the first two apply because even though the report comes from the Council of Economic Advisors there are no credible statistics to be found anywhere in this story. It’s just lies, and frankly it is, as Neil Cavuto puts it, outright cruel.

This week the Council of Economic Advisors released a report that the Obama stimulus had created or saved more than 3 million jobs.  Well even a junior high student can plainly see that the number is bogus.Unemployment is 9.5%, and unemployed workers are giving up in record numbers.But there’s more. The good folks at Hertiage Foundation use the President’s own promises to measure the stimulus’s failure.

Back in February the President promised his stimulus would create 3.5 million jobs by the end of this year, 90% he said, in the private sector. Well we already know the last part is a false, most of the new jobs are government jobs. As for the jobs number? Please.

Heritage reports that at the time Obama made that pledge employment stood at 135.1 million. By Obama’s own accounting, we should be close to 138.6 million jobs now … but instead the latest jobs report shows total employment is 130.5 million. Which means the President has missed his own mark by 7.4 million jobs.

But that’s not all. The numbers the White House released are cut out of whole cloth. Invented, if you will. The White House, just as the CBO did a few weeks ago, did not count jobs, because if they had they would have come up with the numbers above. Instead they used a faulty, long discredited multiplier (which we talked about last year) that assumes jobs created. Got that, assumes.

As it turns out, when you unpack the numbers, you find that Romer and her team didn’t actually count how many people got a job thanks to the stimulus. Instead, the number is a projection that relies on the myth that a dollar of government spending creates up to 2.5 dollars of economic growth.

That’s strange. Robert Barro of Harvard University has estimated that, even in the best-case senario, $1 of government spending will generate between $0.40 and $0.70 of economic growth, i.e., much less than the amount of growth that we would get if that dollar was invested privately. What’s more, if that dollar has previously been taxed out the economy, then the overall effect of $1 of government spending is a destruction of $1.10 of economic growth. Not exactly the rosy projections that Romer is touting today.

But, there is another side to this story. It is the repeated lies that come from this administration. Not just any lies … but cruel lies. You can keep your insurance if you like it. We will keep unemployment below 8% if we pass the stimulus, and now we have created 3 million jobs. In a country where people are hurting and afraid, these lies are indeed cruel … as Neil Cavuto so eloquently stated last night.

Words are all we get … and you … my little sheep are expected to follow meekly and nod your head yes … the stimulus is doing great. Heritage articulates what I on my show have been telling you for more than 2 years. Government spending does not create jobs or capital … it just takes your money and spends it … money you would have spent or invested anyway but now you cant.. It must stop … my guess it will … one way or another.

Barney Frank wants a redo on Fannie and Freddie: That was then, this is now

Cavuto to Obama: It isn’t we don’t like you … we just don’t believe you
7 replies