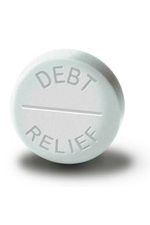 Quite honestly, this debt commission theater is just that … theater. It will not solve the primary issue we have which is the size and scope of the federal government. It’s too damn big, and they are not addressing that problem at all.

Hot Air Green Room contributor J.E. Dyer says exactly what I’ve been thinking when it comes to this stupid bi-partisan panel. Sure, they are tasked to “reduce the deficit and debt” but all of their approaches and suggestions have to do with funneling more cash to the federal government so they can pay for more stuff. Sure, they have some token plan to reduce government spending back to 2008 levels and demand measured increases in spending, but federal spending even at 2008 levels was totally out of control … so we get nowhere fast.

Eliminating the mortgage deduction – even just for mortgages over $500,000 – and raising the gas tax by 15 cents per gallon will have their biggest impact on middle-class households. So will delaying eligibility for Social Security, and means-testing to determine the level of benefits. So will taxing employer-provided health insurance as income. So will reducing Medicare benefits. Each of these measures by itself digs deeper into a household’s current income; added together they are likely to begin limiting many Americans’ lifestyle options, in such basics as the ability to own a home and send children to college while saving for retirement and medical expenses. They have the power to change what it means to be “middle class” in America.

I’ve frequently referred to symptoms of the disease, and in many ways this panel is looking to help create and expand more symptoms, instead of dealing with the disease itself. Vicious circle it is I tell ya.

Symptom of the Disease: Solyndra “spending money left and right”

Symptom of the Disease: Candidates for president spent $7 billion on 2012 election