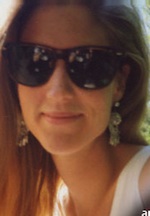 Now this is a wake up call Connecticut and tells you that some people still consider Connecticut important. Ann Coulter in her column this morning is pleading with Sarah Palin, the Queen maker, to make a new King in … Connecticut, former Congressman Rob Simmons. Coulter is from Connecticut and has a stake in this one, but is the timing too late?

We all know Simmons has withdrawn from the race. He saw that without the cash the WWE champion brought to the table, he had little chance of escaping the primary. But Coulter makes her plea based on the assumption that Linda McMahon can’t win and Simmons can. I mean the choice right now is between a man who not only lied about his service but also believes suing large corporations “create or save” jobs. Her argument is persuasive. But it hinges on Palin.

Any half-wit knows Connecticut will not vote for a professional wrestling “impresario” for the U.S. Senate. So unless Republicans have secret information that Blumenthal does enjoy dressing up in diapers, Republicans are forfeiting a Senate seat for no reason.

By contrast, Rob Simmons, who recently suspended his primary campaign against McMahon for lack of money, is a Haverford College graduate, a former Yale professor and an Army colonel. Unlike fantasist Blumenthal, Simmons really did serve in Vietnam, coming home with two Bronze Stars.

And Simmons, who remains on the Aug. 9 primary ballot, can win even in moderate-Republican Connecticut. He’s good on taxes, he’s good on defense — and he’s the best Connecticut is ever going to get.

Simmons was elected to Congress three times from a very liberal Connecticut district, beating an incumbent Democrat in his first run. As a result, he had the distinction of representing the largest number of Democrats of any Republican in the House of Representatives. Even in the dark Republican year of 2006, Simmons lost to his Democratic challenger by only 83 votes.

When Simmons left the race polls showed he was trailing Blumenthal badly, but then, so was McMahaon. And he trailed Blumenthal by just 11 points right after “the lie”. Sure, folks in Connecticut have settled in with their comfortable shoe, but given the volatility of the electorate, a strong campaign and a strong candidate speaking “truth to power”, or rather “truth to the sleepy”, could make a difference. Read the whole thing. What say you?