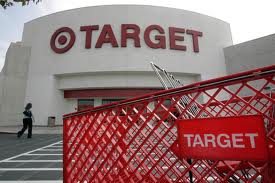 Sandra Fluke’s testimony in front of Rep. Nancy Pelosi’s (D-Calif.) panel in Washington, D.C. was made up drivel designed to whip up the political left into fiegned outrage. Fluke has been used by the left, and I hope she understands that.

I think I’ve mentioned feigned outrange enough this week … Sandra Fluke, with my emphasis in bold.

Without insurance coverage, contraception can cost a woman over $3,000 during law school. For a lot of students who, like me, are on public interest scholarships, that’s practically an entire summer’s salary. Forty percent of female students at Georgetown Law report struggling financially as a result of this policy. One told us of how embarrassed and powerless she felt when she was standing at the pharmacy counter, learning for the first time that contraception wasn’t covered, and had to walk away because she couldn’t afford it. Women like her have no choice but to go without contraception. Just last week, a married female student told me she had to stop using contraception because she couldn’t afford it any longer. Women employed in low wage jobs without contraceptive coverage face the same choice.

I’m certain if one really tried really hard, they could pay more than $3,000 for contraception during a three year period. But even if you are completely uninsured, Fluke and other female students can walk over to Target – with a prescription of course – and pick up contraception for $9 per month. John McCormack over at The Weekly Standard notes it costs more to buy two drinks at a Georgetown watering hole.

… Fluke’s testimony was very misleading. Birth control pills can be purchased for as low as $9 per month at a pharmacy near Georgetown’s campus. According to an employee at the pharmacy in Washington, D.C.’s Target store, the pharmacy sells birth control pills–the generic versions of Ortho Tri-Cyclen and Ortho-Cyclen–for $9 per month. “That’s the price without insurance,” the Target employee said. Nine dollars is less than the price of two beers at a Georgetown bar.

Honestly, how can you not roll your eyes at this testimony when you know the cost is $324 for three years, not more than $3,000, and Fluke includes statements like this…

When I look around my campus, I see the faces of the women affected, and I have heard more and more of their stories. . On a daily basis, I hear from yet another woman from Georgetown or other schools or who works for a religiously affiliated employer who has suffered financial, emotional, and medical burdens because of this lack of contraceptive coverage. And so, I am here to share their voices and I thank you for allowing them to be heard.

Ms. Fluke, you’re being played by Pelosi. She’s already considered a freak so she used you and pulled you into this mess. I really do hope you come to realize you’re being used by the political left. If not … I’m sorry for you.