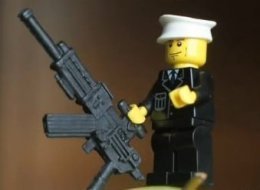 Not as bad as New York, but the Connecticut General Assembly says it will use an “emergency certification” process to skip committee hearings on proposed legislation, leaving the public no voice when it comes to commentary on specific legislation.

There is no friggin’ emergency here, rather gun control Democrats and Republicans are being bullied by Assembly leadership and the governor’s office. From The Hartford Courant.

Four public hearings on the Newtown school massacre have generated an historic outpouring of ideas, drama and dispute. The next step for the legislative task force is to distill that information, much of it contradictory, into a bill that state legislative leaders want to pass by Feb. 28.

With the self-imposed deadline fewer than four weeks away, the General Assembly must work at what will be lightning speed for the legislative body to accomplish its goal.

To meet the deadline, lawmakers will bypass the normal system of legislative committee deliberations and hearings by using the emergency certification, or “e-cert” process. State Senate President Pro Tempore Donald Williams said that’s been the intention from the moment lawmakers formed the Bipartisan Task Force On Gun Violence Prevention And Children’s Safety two weeks ago.

They are doing this because emotions run high on the control side of the argument, but they have not been provided with good information by the governor, representatives or the media. A large percentage of people in the state do not understand firearms, and the gun control crowd are taking advantage of this fact.

There is no reason to push legislation through in the next 26 days. There is no emergency. Those demanding gun control do not know the facts.

UK think tank thinking… If we all carried a gun