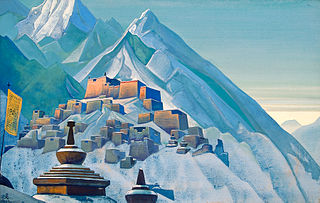 The world’s greatest snow-capped peaks, which run in a chain from the Himalayas to Tian Shan on the border of China and Kyrgyzstan, have lost no ice over the last decade, new research shows.

The discovery has stunned scientists, who had believed that around 50bn tonnes of meltwater were being shed each year and not being replaced by new snowfall.

The study is the first to survey all the world’s icecaps and glaciers and was made possible by the use of satellite data. Overall, the contribution of melting ice outside the two largest caps – Greenland and Antarctica – is much less then previously estimated, with the lack of ice loss in the Himalayas and the other high peaks of Asia responsible for most of the discrepancy.

In 2009, the United Nations claimed the situation was so bad the Himalayas would lose all their glacier ice by 2035.

Scientists point out the Himalayas are melting, but ice is being replaced at higher levels. Well all be… isn’t that totally normal?

Steven Hayward over at PowerLine notes…

It’s fun watching these guys fall on their face in real time.  The whole circus is falling apart much faster than I expected.  I can tell you that around Washington the whole climate change angle is slowly being dropped from conversation about everything.  It’s almost like talking with normal people again.

Climate Change: The 50 to 1 Video Project

Do Connecticut Democrats have “battered woman syndrome”?
Scroll to top