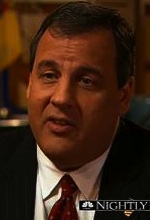 We covered this story and few weeks ago and looks like we have a happy resolution. If you remember, Brian Aitken, had been convicted of illegally carrying two guns and was sentenced to 7 years in prison. Except that the guns were purchased legally, and the Judge never allowed the jury to hear specific exception clauses in New Jersey law that would have likely acquitted Brian in this case. Christie has stepped in, thankfully.

What makes the case so agregious is really the conduct of Judge Morley. Even though Aitken had purchased the guns legally in Colorado, and under New Jersey law, was allowed to transport them from one residence to another in the process of moving (in this case from Colorado to New Jersey), and even though the guns were locked and unloaded and stuffed in a secure box in his trunk, Morley would not allow the jury to hear the state’s exception laws, despite the fact that the jury asked for such information three times.

Christie has since dismissed Morley from the bench and has now commuted Aitken’s sentence.

Brian Aitken, who was convicted of illegally possessing two handguns that he had legally purchased in Colorado, will be spending Christmas out of prison.

Gov. Chris Christie commuted Aitken’s sentence, from seven years to time served, according to an order the governor signed today.

Aitken had appealed to Christie for commutation after being sentenced in August. According to the commutation order, Aitken will be released as “soon administratively possible.”

In 2009, Aitken was arrested for possessing two handguns and ammunition — the guns were unloaded — after state police found them in the trunk of his car. Aitken was visiting his mother in Burlington County when she became concerned about his well-being and called police.

Ed has more on this story and video at Hot Air.

Inconvenient facts: what is the real difference in violent crime between the U.S. and Great Britain?